The world of academia wasn’t on Scott Faris’ radar until, that is, people familiar with the work of this veteran director/production stage manager/show doctor insisted that he was the perfect candidate to become the inaugural holder of the USC School of Dramatic Arts’ endowed professorship in stage management.

The first of its kind in the country, the Alice M. Pollitt Professorship in Stage Management was established last year with a $1.5 million gift from Teresa and Byron Pollitt and their daughter, Alice, a New York stage manager and an SDA alum. 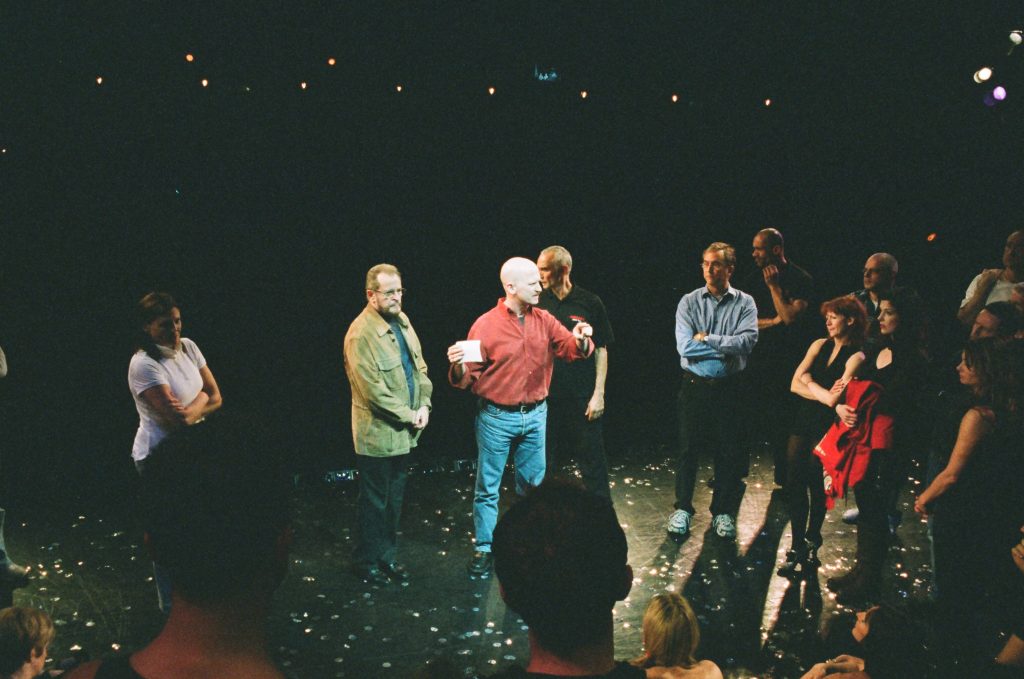 Scott Faris (center) gives notes during a rehearsal for Chicago.

Initially skeptical, Faris found that every requirement for the position “was something I had done, was doing, or had experience at,” he said.

Faris’ background is notably diverse. His years as either production stage manager or production supervisor encompass Broadway and touring productions of Cats, Les Miserables, City of Angels, Applause, Cabaret, Grease, and many others. Among his numerous directing credits are the high-tech spectaculars Walking With Dinosaurs and Dinosaurs in the Wild (an immersive theatrical experience now on tour in Britain); William Shatner’s solo Broadway show, Shatner’s World: We Just Live In It; more than 20 internationally touring productions of Chicago, the Musical; national tours of Sweet Charity and South Pacific, and Bette Midler’s The Showgirl Must Go On in Las Vegas.

A theatrical career was pretty much a given for Faris. A California native, he was raised in Brea by parents who loved musicals. His sister was a dancer and their grandmother had been part of a sister act in vaudeville. Faris began his own career in Orange County as a teen actor and ballet-trained song-and-dance man; shortly after moving to New York, he landed a national tour of A Chorus Line. That “feather in the cap” ensemble experience, Faris said, is what changed his career trajectory.

“I realized that I didn’t want to be a worker bee. I wanted to be a boss,” he said. Taking note that “the person in charge” on the show was the production stage manager, Faris made his interest known and became an assistant during the run. The skills required to be a stage manager — musical knowledge, people skills, understanding the technical aspects of a show — “kind of clicked in my brain,” he said. A similar “click” occurred when Faris was asked to recreate the Hal Prince staging of Cabaret for an Amsterdam-bound revival of the show, a move that launched his restaging and directing career.

Faris’ stage management background comes into play in every show he works on, he said. “I couldn’t have directed these big shows if I didn’t have that education and experience. Stage manager is not an easy job. You’re the eye of the storm and you’re keeping it calm all around you.” Technical skills are essential, he said, but so are such soft skills as the ability “to deal with people — a lot of strong, creative types — and to be able to stand there, take the heat and not wither.”

Those skills are transferable to any job, Faris noted. “Just plug in the industry or whatever the business is, because you’re all about organization and managing people. And when you get to the top level, you’re motivating people as well.” 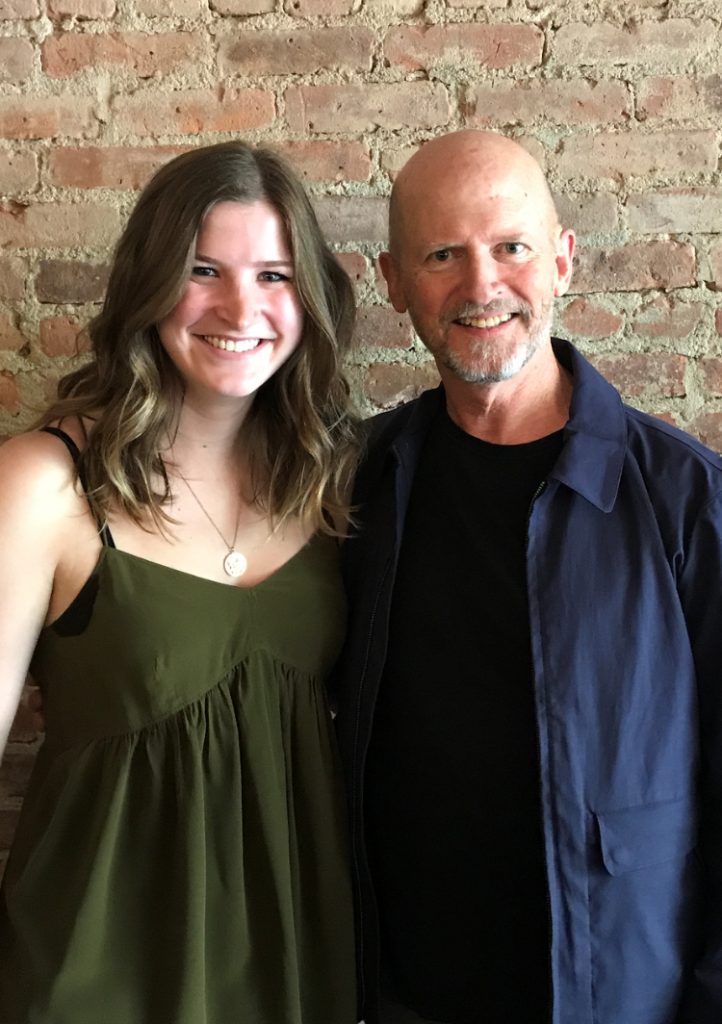 Professional development and an enhanced focus on graduates’ career opportunities are two areas that Faris is working to expand at USC. “I wrote to all of my colleagues and friends in the New York production offices and so on, and said, ‘hey, I’m going to be on the faculty of USC teaching stage management. And that means that when any of you come to Los Angeles with a show, you have to A) come to my class and talk, and B) invite my students to your theatre to see your show.’ ”

A new course will soon be introduced called “Taking It On the Road,” addressing students’ varied stage management career goals “from Broadway, touring, regional, and theme park to cruise ship, corporate, concert, and dance,” he said. “I’ve worked in most of these areas, so we’re creating this course to expose students to how the different systems work. And then we’re reaching out and getting visits to, or by the people who work in those areas to create a network for students, or at least give them a start for their own networking process to find work.”

“I’m thrilled to be part of SDA’s creativity and passion,” Faris added. “I have a crazy past that I’m quite proud of, and I’m loving being able to share my hard-earned knowledge here.”