Jack Rowe, whose legacy of mentorship at the USC School of Dramatic Arts spanned decades, passed away on Wednesday, June 24. He was 76.

“Jack Rowe was one of the most extraordinary educators in the history of USC’s School of Dramatic Arts,” said David Bridel, dean. “His brilliance, warmth, sense of humor, approachability, passion for the stage, and deep and abiding care for his students became legendary qualities that sustained and encouraged generations of burgeoning artists. He will be deeply missed and much mourned — but remembered with love for the gifts that he imparted so selflessly to his young charges.”

An alumnus of USC, Rowe first began teaching at the School in 1979. Not only an instructor of acting classes for both the BA and BFA undergraduate programs, Rowe frequently directed productions for the School’s season of plays, and served as the School’s artistic director, an associate dean and director of the BFA Acting program. He retired in late 2017. 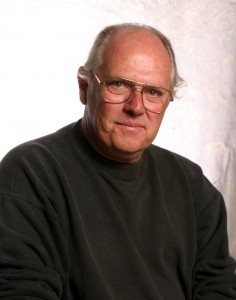 He was a founding member of the Company Theatre, a Los Angeles-based theatre company created by USC graduates in 1967. During its 12-year existence, the Company received awards and acclaim from Los Angeles drama critics and the national press.

“Jack was and is an important mentor and dear friend in my life,” said Associate Dean Stephanie Shroyer, who serves as the School’s director of BFA programs and artistic director, and was one of many faculty members mentored by Rowe. “I owe him so much as a constant believer in me and my potential. I and legions of others whose lives he touched, taught and tickled with his stories will deeply miss him and his depth of love and respect for theatre.”

As a testament to his enduring legacy to the School of Dramatic Arts, at the time of his retirement the School established the Jack Rowe Student Endowed Scholarship Fund.