A clown stages a phony getaway with a child patient in a hospital. Garment workers stage a play addressing their marginalized social situation. A Black Lives Matter activist moderates a discussion after a potent production about Trayvon Martin.

What might sound like an unrelated string of events are, in fact, all examples of the School of Dramatic Arts’ newly robust commitment to Theatre and Social Change. That’s the new title for the School’s minor program for undergraduates, and the name of an institute about to launch. More than that — it’s the name of a movement.

The movement itself is not new. Under the previous banner Applied Theatre, the School has for years been offering courses such as Theatre in Education, Theatre in Therapy and Theatre in the Community. Brent Blair has carried the banner as director of the minor program as well as, previously, the master’s program in Applied Theatre (which was offered between 2010 to 2014). 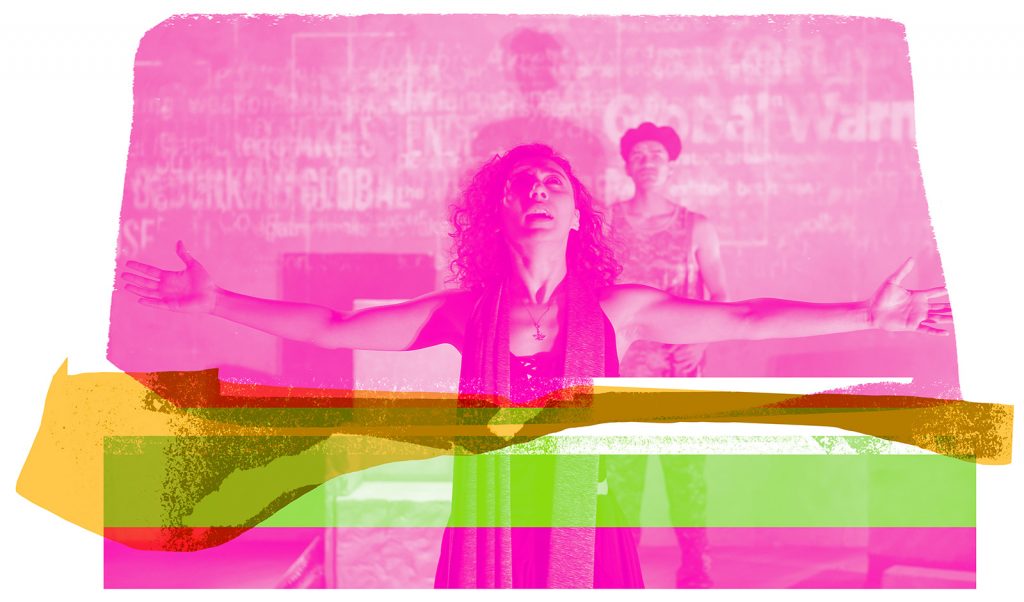 Blair joined the faculty in 1994 — “L.A. was two years away from the Rodney King uprising,” he says. “USC was particularly concerned with community relations, and the School was interested in creating programs.” Blair’s own life changed after college, when he was an actor working in Boston and was mugged — prompting a fascination with society’s relationship with violent youth. He joined a company that performed Shakespeare in juvenile detention centers, and traveled to East Nigeria on a Fulbright grant to study the application of theatre to social issues among the people there. That led to his work with Augusto Boal, the author of an idea called “Theatre of the Oppressed.”

“It’s a methodology,” Blair explains, “where theatre is used with oppressed communities to help them problematize solutions to difficult problems — where the community members who are affected are the actors and writers and musicians and performers, and also the audience. Professional theatre artists serve a kind of marginal role, to help develop the skill sets. But it is the people who are most affected who end up being the center of stage. They go from stakeholders in their problem to shareholders.”

Blair has long employed Theatre of the Oppressed both in the classroom and in communities around USC — from residents at Beit T’Shuvah (a drug and alcohol rehab program), Gender Justice L.A. (an advocacy group for transgender people of color in lower income areas), high-risk teens, and garment workers and street vendors in L.A.

“People get emotionally affected by watching a really good play, but then maybe they go home and the next day or two they forget,” he says. “But when people become engaged and have to participate in the process, they are much more likely to then continue their engagement long after the play is gone. That’s the basic underlying ethical principle of the new Theatre and Social Change focus, which is to engage people in art to let them make their own revolution.” 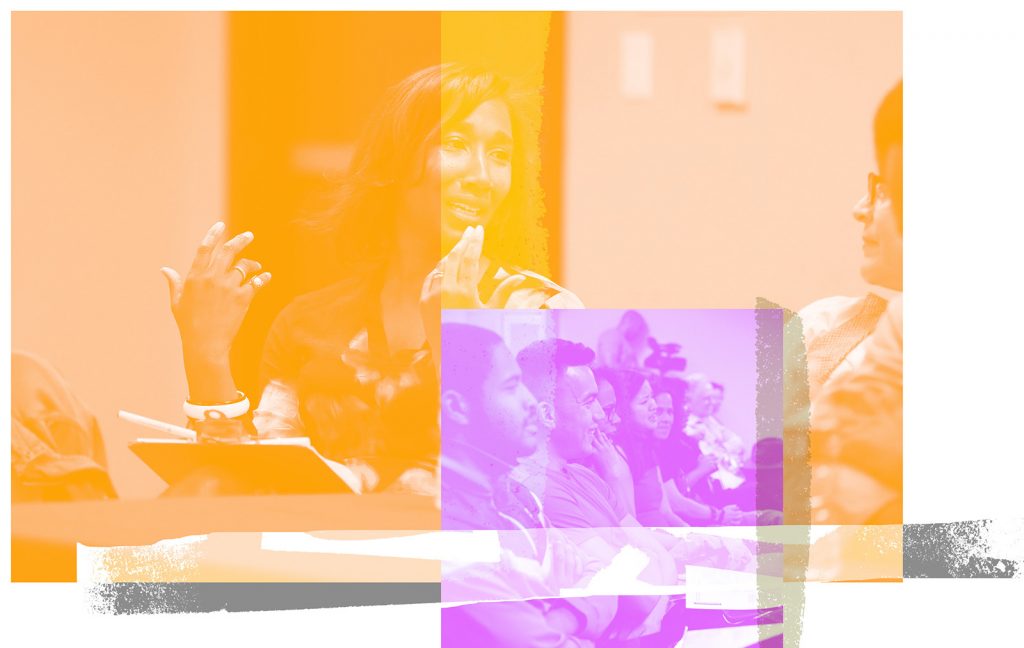 A rising tide has elevated and placed new emphasis on the efforts of Blair and his colleagues. USC Provost Michael Quick has tasked all of the university’s arts schools with developing a cohesive initiative around arts and social change. American theatre, as a whole, has been responding to political events and social injustices with charged productions — like the recent controversial staging of Julius Caesar at The Public Theater — and searching its own soul about inclusion and diversity.

“Right now is a good moment for artists to be active in the effort to heal the wounds, traumas or address the problems of communities and societies — in this country and everywhere else,” says Dean David Bridel. “The idea that theatre can be kind of an ivory tower, saying privileged things to privileged people, has been interrogated and, frankly, torn down more in the last few years than it was in the preceding 10 or 20. There’s a cultural momentum from the theatre itself to take a really long, hard look at the relationship between the act of creating theatre and the communities it’s supposed to speak to.”

Bridel, personally, is passionate about medical clowning, which will soon expand from what is now faculty practitioners working in hospitals to SDA students becoming apprentices in the field. The dean, whose extensive background includes arts and clowning and who founded The Clown School in Los Angeles, is quick to point out that the practice — begun in the U.S. in the 1980s — isn’t really about clowns juggling and performing for sick children.

“The function of the clown in any society is to live at the bottom of the hierarchical ladder,” he says, citing the historical role of the court fool, who could speak truth to kings and queens in the form of parody or a joke precisely because he was beneath everyone else. “In a hospital, a clown also lives on the very bottom of the hierarchical ladder. And what’s notable about that is that they take the place of the patient — or rather, they bump the patient up one rung. So medical clowning is about a clown showing up and figuring out, with the patient, how they can get underneath them in terms of hierarchy, and give the patient agency and a degree of liberation, given that their circumstances may be dire.” 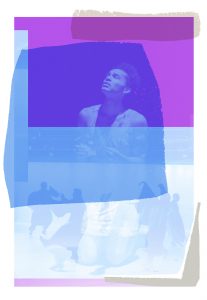 This new emphasis on theatre and social change has also influenced the School’s productions. Last year’s season included Angels in America, The Kentucky Cycle, Facing Our Truth and Antigone X — plays that deal with themes of sexual orientation, class, religion, the environment and individuals facing a tyrannical government.

Anita Dashiell-Sparks — an SDA professor for 15 years and the School’s new associate dean of equity, diversity and inclusion — cites adding new courses like “I Too Am America: Theatre and Cultural Literacy.” Using plays like Zoot Suit and the works of August Wilson, the class looks at cultures and social movements throughout history and “how these narratives emerged in conversation with and in reaction to the climate of the time.” Particularly potent is the study of “I Never Saw a Butterfly” — a series of poems and drawings created by children in concentration camps during the Holocaust.

“What it must have been like to be a child in the midst of that kind of degradation, in that kind of oppression and, yet, as a survival mechanism, they used art as a way to imagine themselves outside of their circumstances,” she says. “That is extremely powerful, and for me that speaks to the transformative nature of theatre. It’s at the epicenter of this fusion and this intersectionality of art and activism, which really is what Theatre for Social Change is all about.”

Dashiell-Sparks was the director of Antigone X, written by her colleague, Paula Cizmar. The contemporary, multicultural adaptation assigns Sophocles’ ancient story to immigrants in a refugee camp. “Little did we know just how immediate and alive and relevant all of these issues were going to be, pre-election and post-election,” she says. “Working on that piece and presenting it in the midst of our current climate was an example of art imitating life, and life imitating art, in a profound way.”

A post-show discussion was held after every production last year, moderated by both professors and people from the community. After every performance of Facing Our Truth, a collection of short plays about Trayvon Martin, moderators included a Black Lives Matter activist and a representative from the Bedrosian Center, a group at the Price School of Public Policy looking at the intersection of public policy and community. 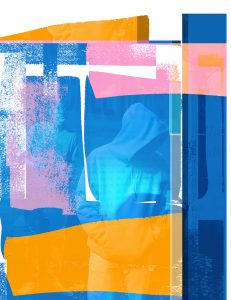 In the coming year, the School will host the Arizona-based Sojourn Theatre, a company “whose exclusive emphasis is around theatre and civic discourse,” says Bridel. They will be in residency at the School of Dramatic Arts, working with students and creating a new project.
Other future plans and hopes for the School include a possible summer intensive, where SDA will host area high school students to study and practice Theatre of the Oppressed. The forthcoming institute will be an umbrella for all of these classes and initiatives, and play host to bigger conversations in the form of conferences and symposiums. Blair hopes that it will be an international resource and research center.

“We learn so much by observing and exchanging with other cultures — who have a long history, maybe longer than we do in the United States — this kind of work,” he says. “We have had partnerships with people in Kabul, Afghanistan, in Tehran, Iran, in Mozambique, in South Africa, in Senegal, in Rwanda working with genocide survivors, in Brazil, and especially in Calcutta, working with rural farmers on issues of women’s empowerment and education. These are all organizations that have longstanding traditions using theatre in their communities. The hope is that we would internationalize our presence, and help our enrolled students participate in these opportunities, and learn more from other cultures as well.”

Theatre and Social Change, then, becomes a pretty large umbrella. So what is the common thread between garment workers staging plays and clowns in hospitals, using theatre to address racial inequality and a theatre company improving its own inclusion and diversity practices?

Story appeared in the 2017-18 Callboard magazine.