Professional opportunities come about in unusual ways. The Trojan career of MFA in Acting Director David Warshofsky arrived via an indirect assist from a man with no tangible Trojan links – actor Daniel Day Lewis.

In the late 2000s, an SDA adjunct lecturer Ntare Guma Mbaho Mwine was teaching an acting class and found himself talking about method acting and about the work of Day Lewis, who famously immerses himself in roles. The students began asking questions that Mwine couldn’t answer because he had never worked with the three-time Oscar winner.

But he knew someone who had: his former New York University classmate Warshofsky, who had recently appeared in Paul Thomas Anderson’s 2007 film There will be Blood. Mwine invited Warshofsky to come to the class and field a bunch of questions about Day Lewis, the films and Warshofsky’s journey as a theatre actor who has built a career in film and TV.

“It was so exciting for me reentering into this the energy of being around students that I hadn’t been in since I was 25 that I said to him, ‘If you ever need a substitute or anybody to help out, please give me a call. I’d like to do this again,’ ” Warshofsky recalls. “I had some great teachers myself. I didn’t realize how much I retained from what those men had taught me. I was sort of watching myself carry their message, but it was coming out of me, with my personality.” 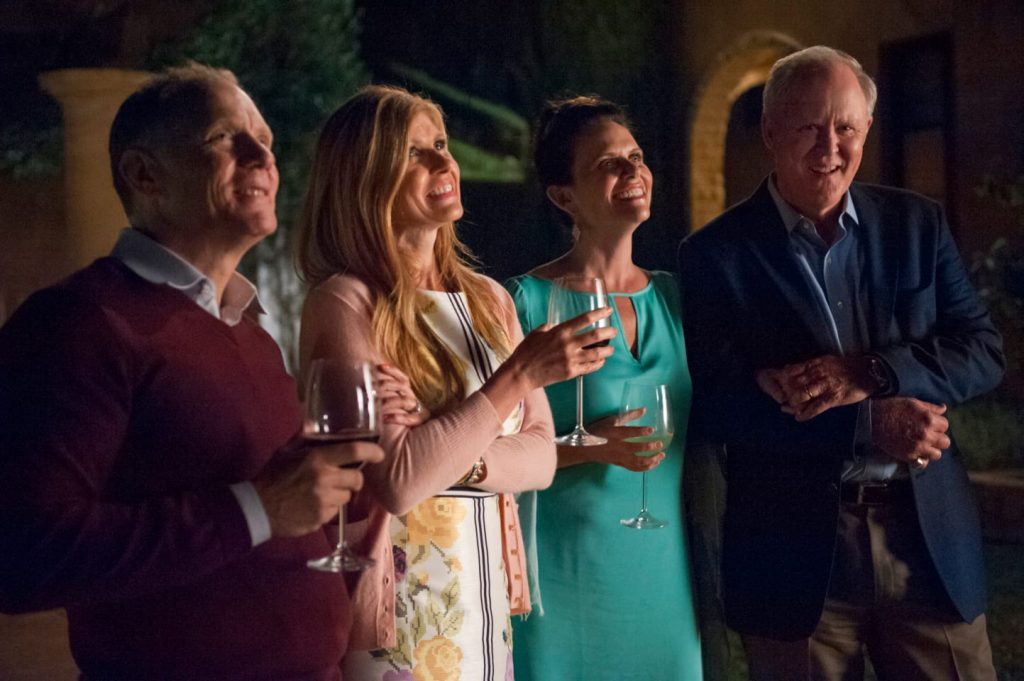 The opportunities to teach at USC became more frequent, and in 2012 he joined the faculty as a full-time assistant professor.

“I think I’m in a unique position to work with and help actors because I’m really one of them. There’s no separation between them and me except the years I’ve been doing this,” Warshofsky said. “So I really feel like I’m a guy who has been able to help actors by just having been in the trenches and getting them down in the trenches with me.”

Warshofsky was delighted to join the SDA faculty, but the career move didn’t sit well with everyone in his professional circle.

Warshofsky explained that USC encouraged its faculty to be working artists and that he didn’t foresee his academic responsibilities curtailing his creative work or vice versa. As he has moved up the ranks from assistant professor to his new post as director of the MFA in Acting program, Warshofsky’s prediction has proven true. Professionally, he has been as busy as ever.

This year, he was seen in two films that premiered at the 2017 Sundance Film Festival: Director Miguel Arteta and Writer Mike White’s squirm-inducing comedy Beatriz at Dinner and the graphic novel adaptation, Wilson (with Woody Harrelson and Laura Dern), and he had a five-episode arc on the hit ABC show Scandal. His lengthy film and TV resume also includes appearances in Captain Phillips, Lincoln, two Taken films and both Now You See Me films.

When not appearing on screens or in prime time, Warshofsky can be found teaching first- and second-year acting MFAs, as well as a spring undergraduate class for senior BFAs. This year, he’ll also be directing the third-year MFAs in Tony Kushner’s A Bright Room Called Day (Revisited), and concedes that balancing a full teaching load, administrative duties, professional work and directing isn’t always feasible.

Given his multiple demands, now it’s Warshofsky who needs a substitute from time to time.

“I’m a walking example of a theatre-trained actor who has made a living in film and TV so I guess I get to lead by example,” he said. “I’ve done several films while I’ve been at USC. Finding a balance can be a challenge. This program is evolving and it garners a certain amount of attention for recruiting. The actors, directors and writers I work with want to be involved.”

Warshofsky moderated a Spotlight@SDA conversation with his Beatriz at Dinner co-star Jay Duplass and there have been discussions of another “Beatriz” castmate, John Lithgow, coming to USC to workshop a solo play.

A native of the San Francisco Bay area, Warshofsky has worked steadily since graduating from NYU’s Tisch School of the Arts. Among his classmates were future stars Eriq La Salle, John C. McGinley and Angels in America playwright Tony Kushner, whose early work Warshofsky originated roles (including A Bright Room Called Day).

Prior to going to Broadway for a 2012 revival of David Mamet’s Glengarry Glen Ross opposite Al Pacino, McGinley hired Warshofsky to work with him for two months of a “theatre boot camp.” McGinley said that without Warshofsky’s help, there would have been no way he could have done the role.

“His level of focus and commitment just gets laser-like,” McGinley said of Warshofsky. “When you have someone who cherishes and loves actors reaching out and extending his love and precision to that group, great things can happen.”