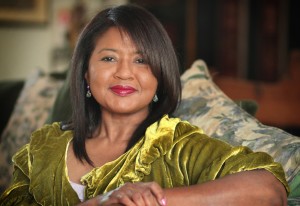 USC Distinguished Professor Velina Hasu Houston is embarking on her next world tour as one of the recipients of a Global Connections ON the ROAD grant from Theatre Communications Group. The grant, which is supported by the Andrew W. Mellon Foundation, will allow her to travel to Japan, Brazil, Canada and the Philippines to cultivate a play with international collaborators on Japanese-Brazilian (ethnic Japanese born and reared in Brazil) identity and culture. This is the second grant she has received for her project.

Along with her collaborators, she intends to interview Japanese Brazilians living in Japanese factory towns, and engage with their community organizations and events. She hopes to integrate her theatrical project into a larger theatrical work about the female condition, especially with regards to the female body as a site of double standards, bias and discrimination in Western society.

Houston is the director of MFA Dramatic Writing, head of undergraduate playwriting and resident playwright at the School of Dramatic Arts. Her work has been produced by numerous theatres and institutions — including the Old Globe Theatre, Pittsburgh Public Theatre, Smithsonian Institution, Syracuse Stage, George Street Playhouse, The Pasadena Playhouse, Barrington Stage and the Los Angeles Opera. She has received fellowships from Japan Foundation, Rockefeller Foundation, Mellon Foundation, Wallace Foundation, Doris Duke Charitable Foundation, among others; and has also received honors from Kennedy Center, Sidney Poitier, American Film Institute, LA Stage Alliance, among others.