This year, the School of Dramatic Arts is proud to be the home base of two of the university’s 2017-18 class of International Artist Fellows: Mariana Carreño King and Lea Marina Lanoue Timm. 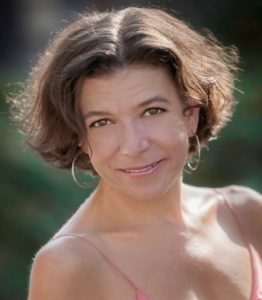 King, a second year in the MFA dramatic writing program, hails from Mexico. She is a member of LAByrinth Theatre Company and is an alumna of the Hispanic Playwrights in Residence Lab (HPRL) at Intar Theatre Company. At Intar, her commissions include Patience, Fortitude and Other Antidepressants, Rare Encounters and a recent English-language adaptation of Miguel de Cervantes’ The Magical Puppet Show. Her short play Pitahayas was a finalist for the 2003 Actors Theatre of Louisville’s Heideman Award, and her play Fool’s Journey was a finalist at the 2001 O’Neill Playwrights Conference. In addition, King has directed at Intar, Stages Repertory Theatre, the Neighborhood Theatre and the Red Room, among others. She has also taught playwriting at NYU and Queens College and has facilitated various writers’ workshops around New York City. 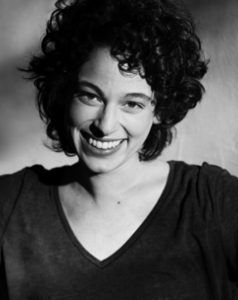 Timm, a first-year MFA actor, hails from Canada, where she completed her BFA in theatre performance at Concordia University. In Montreal and abroad, she studied with practitioners such as Jean-Pierre Bergeron and Danielle Fichaud, and at studios such as Omnibus Théâtre Corporel, Studio 303, the University of Montreal and London’s Central Saint Martins. She has performed in a number of theatrical works, including Don Nigro, Mavericks and the Monokins: Playball, Me, You, Our(self) and Je m’aime moi non plus, as well as in films such as Playas Embrujadas, La Guerre Froide and Gallix. In addition to these credits, Timm is fluent in English, French and Spanish, and is proficient in ballroom, Bolivian folk dance and stage combat. Her further artistic and personal goals include producing bilingual theatre performances in Montreal and helping at a refugee camp in Burundi where her father works.

Created in 2013, the International Artist Fellowship program provides artists with the opportunity to pursue graduate studies in the arts at USC. Artists are chosen from areas of rapidly increasing significance in the international arts conversation (most notably the Pacific Rim, Latin America and Southeast Asia) to take up study at the university with tuition, student fees and living expenses covered. In addition, fellows receive a travel stipend, along with regular and planned opportunities to interact with their peers from the six arts schools, as well as dynamic artists working in Los Angeles.

The 2017-2018 class is composed of nine fellows across the fields of architecture, cinema, drama, fine art, music and dance.