Across Los Angeles, School of Dramatic Arts faculty and alumni are involved in numerous productions opening this spring. Here are some of the many Trojans working on stage projects:

At the Geffen Playhouse, Inda Craig-Galván MFA ’17 wrote Black Super Hero Magic Mama, which was workshopped at SDA while she was a student. The productions runs until April 14.

Connor Kelly-Eiding BFA ’11 is performing in The Wolves at the Echo Theater Company until April 22. 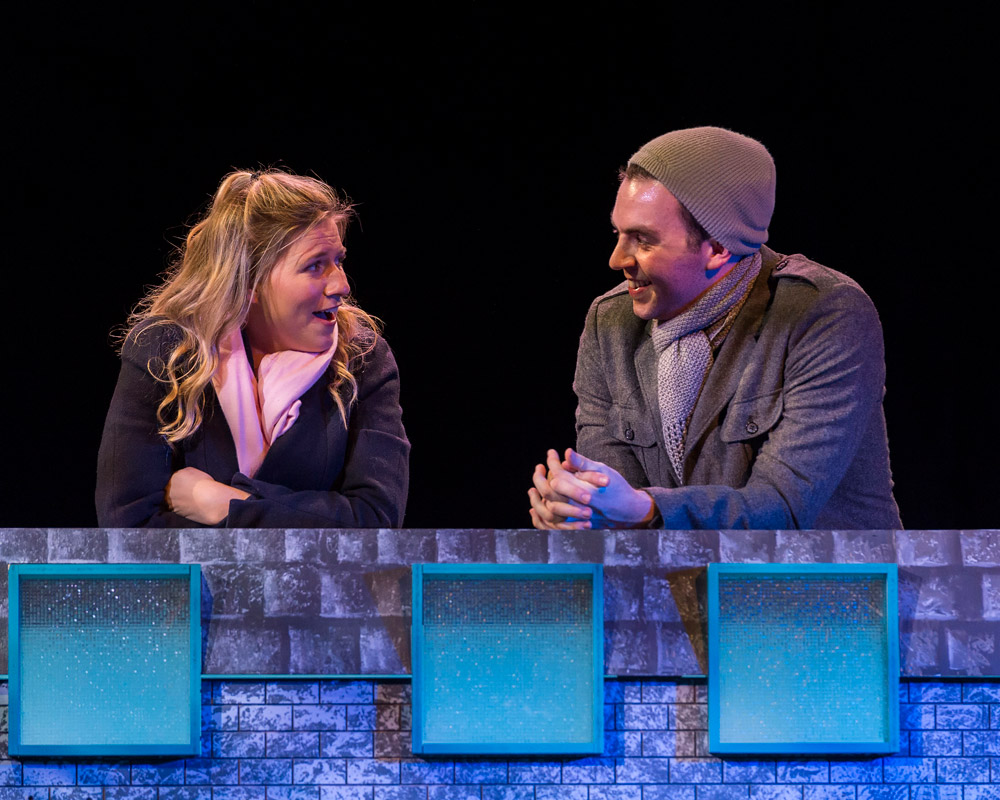 Haynes was also the set designer for a tour of How I Learned What I Learned, which kicked off at Marin Theatre Company on Jan. 10 and concluded this month in the Bay Area.

Jonathan Von Mering BFA ’17 performs as Lazar Wolf in the national tour of Fiddler on the Roof, which is performing at the Hollywood Pantages Theatre until May 5.

Associate Professor of Theatre Practice Stephanie Shroyer is the movement director for Argonautika with Richy Storrs BA ‘15 performing as Hylas/Dymas. The show is part of a three-show rep occurring at A Noise Within and runs until May 5. Othello, another show in the rep, features Emily Goss BA ‘11 as the understudy for Desdemona. 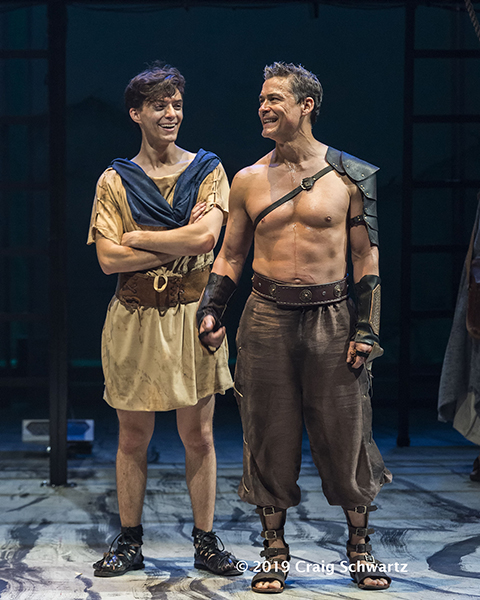 SDA alum Richy Storrs, right, and Frederick Stuart in Argonautika at A Noise Within. (Photo by Craig Schwartz)

Assistant Professor Elizabeth Harper is the lighting designer for the world premiere of Invisible Tango, a one-man show by Helder Guimãraes at the Geffen Playhouse, which runs from May 7-June 16.

Launching July 5 at the Rose Bowl Stadium in Pasadena, the world premiere production of Apollo 11 – An Immersive 360° Adventure is directed by Assistant Professor of Theatre Practice Scott Faris and will tour 18 cities over the next three years. Graduating MFA acting students Malachy Silva and Calahan Skogman are in the cast. Faris also directed Light Falls: Space, Time and an Obsession with Einstein, which will air on PBS on May 29.

Other recent L.A. productions this year

Jaclyn Kalkhurst BFA ’08 served as a line producer for the show Tales of Clamor this past March, which played at The Aratani Black Box Theater in Little Tokyo, Los Angeles.

At the Actor’s Gang, James Bane MFA ’13 played Constable 1 in Accidental Death of an Antichrist. The production ran from Jan. 24-March 9. Running now until April 20, Tradition, an original one-act by Bane is directed by alumna Tess Vidal.

David Hernandez BFA ’14 was the lighting designer for Witness Uganda at the Wallis Annenberg Center for the Performing Arts which ran from Feb. 6-March 3 and The Judas Kiss at the Boston Court from Feb. 15-March 24.

Cynthia Kania MFA ’80 performed in the leading role for the L.A. premiere of Taylor Mac’s HIR at the Odyssey Theatre from Jan. 19-March 17.

At Antaeus Theatre Company, faculty member Jason Thompson was the co-lighting and co-projection designer for The Cripple of Inishmaan. The show ran from Jan. 17-March 11. Recent graduate Samantha Kofford BA ’18 was the assistant director and the show featured Ian Littleworth BA ’10 as Billy and Emily Goss BA ’11 as Helen.