The USC School of Dramatic Arts is heartbroken to share the news that Michael Keenan, a faculty member at the School for over 25 years, passed away on Thursday, April 30, 2020, from non COVID related causes.

A noted actor and director, Michael Keenan directed at institutions around the country, including the Old Globe Theatre, The Pasadena Playhouse, the Asolo State Theatre, Occidental College, and the Tiffany Theater. His acting credits included more than 100 productions at such theatres as South Coast Repertory, Seattle Repertory Theatre, the San Diego Shakespeare Festival, the Ahmanson Theatre, the Mark Taper Forum, and Taper, Too. On Broadway, he appeared in Sir Peter Hall’s Tony Award-nominated revival of Amadeus with David Suchet. His numerous television roles included recurring roles on Picket Fences, Dallas and Star Trek.

“With his inimitable combination of technical brilliance, artistic perception, and dry wit, Michael Keenan inspired legions of students as a studio teacher and, perhaps most poignantly, as a stage director,” said David Bridel, dean of the USC School of Dramatic Arts. “He had a particular gift – based on his own illustrious acting career – in staging high comedies, including the works of authors such as Oscar Wilde and Georges Feydeau: fiendishly difficult to accomplish with students, but always impeccable in Michael’s seasoned and gifted hands. His kindness, wisdom, humility and loyalty will long be remembered among his colleagues and collaborators. He was, quite simply, a wonderful man.”

Due to restrictions on gatherings, no memorial is planned at this time. For those interested in receiving information a future celebration of his life, please contact the family using this email address: MichaelKeenanRBBH@gmail.com. 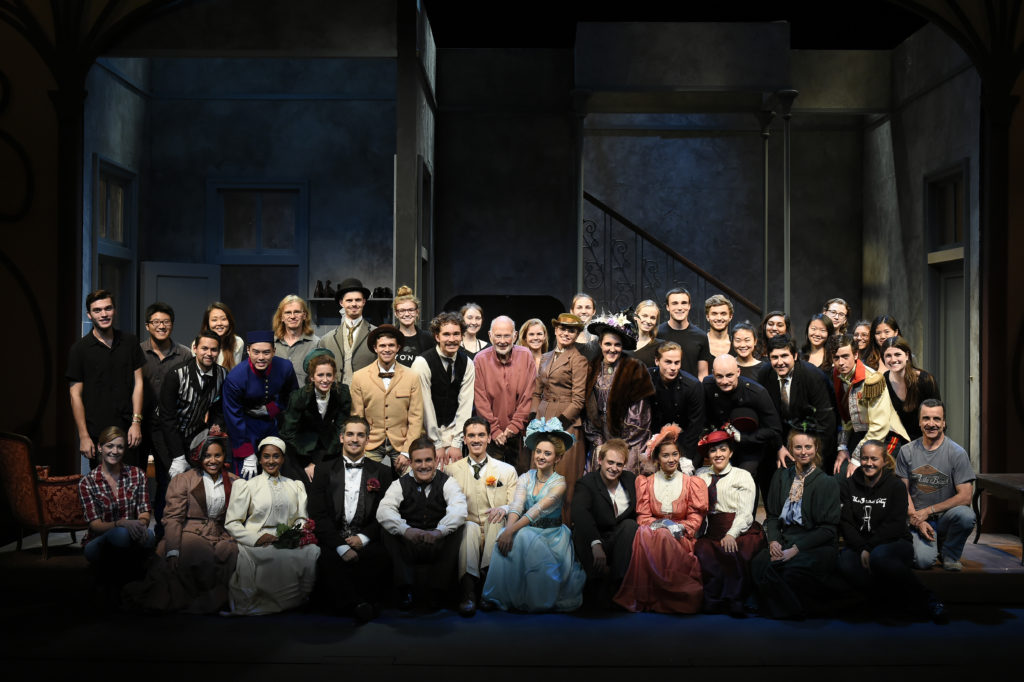 Keenan (center), and the entire cast and crew of the 2014 production of “Cat Among the Pigeons.” Photo by Craig Schwartz