The 28th Ovation Awards will acknowledge outstanding theatrical performance, design and production in the Los Angeles area. It is the most distinguished award a theatre practitioner in L.A. can win. A total of six SDA alumni and faculty members have received nominations for the upcoming 2018 awards ceremony, which takes place on Jan. 29.

Thomas Chivara, an MFA graduate, produced 33 Variations at the Actors Co-op, which is up for eight Ovation nominations, including Best Play (Intimate Theatre). Also at the Actors Co-op, he has produced Around the World in 80 Days and Dancing at Lughnasa. On screen, he can be seen in the upcoming film Beneath Us and the TV series Shameless. 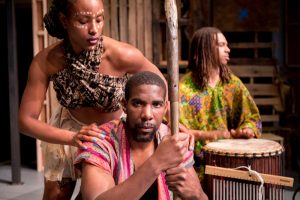 Faculty member Gregg T. Daniel is nominated for best direction of a play for Les Blancs at Rogue Machine Theatre. He also most recently directed Honky by Greg Kalleres for Rogue Machine Theatre and is the artistic director of the Lower Depth Theatre Ensemble, where he directed Br’er Cotton this past fall. Daniel teaches Introduction to Acting and Advanced Acting at USC.

Connor Kelly-Eiding (BFA ’11) has been nominated for best lead actress in a play for her portrayal of Ester in Dry Land at Center Theatre Group/The Echo Theater Company. She was recently seen in the world premiere of Nice Things at Rogue Machine Theatre and appeared as Millie Owens in Picnic at the Antaeus Theatre Company.

Five-time Ovation nominee, faculty member Elizabeth Harper, just received two more nominations for her lighting design for the plays The House in Scarsdale: A Memoir for the Stage at The Theatre@Boston Court and Long Day’s Journey into Night at the Geffen Playhouse. Last year, she designed the lights for The Golden Dragon at The Theatre@Boston Court and Ameryka for the Critical Mass Performance Group. At USC, she teaches Advanced Theatrical Production and Lighting Design I & II. 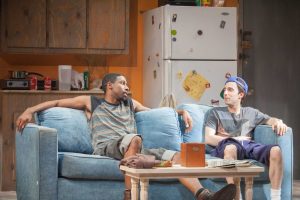 Four-time Ovation winner, faculty member Tom Buderwitz has received two more Ovation nods for best scenic design for the plays Lend me a Tenor at the La Mirada Theatre for the Performing Arts and Long Day’s Journey into Night at the Geffen Playhouse.  Last year, he designed the sets for Guards At The Taj at the Geffen Playhouse and Casa Valentina at The Pasadena Playhouse. Buderwitz teaches Periods and Styles and Communicating Theatrical Design Concepts at USC.