Inspecting an imaginary item weighted in his grip, Rob Clare poses a question to a particular group of USC students that has helped many of his pupils tackle the challenging text of William Shakespeare’s plays: What does it feel like, this word? In this moment, a USC Dana and David Dornsife College of Letters, Arts, and Sciences English literature class thinks deeply about the word fadge — used by Viola in her soliloquy in Twelfth Night and, as Clare points out, was very possibly manufactured by the Elizabethan-Jacobean playwright.

Exploring words — especially ones Shakespeare fabricated or are no longer used in modern English — is a powerful way the master teacher engages his actors and students to discover the opportunities and invitations of the text. Especially with actors, rather than giving them signs and instructions, Clare helps them make it their own.

“When we really get on to the human complexity of the Shakespeare characters without worrying about the ‘ye olde’ language — but using it to get to that complexity — the plays come alive in a way that remains truthful,” he said. “People are often saying, ‘Shakespeare is so modern.’ But I actually think we’re still catching up.” 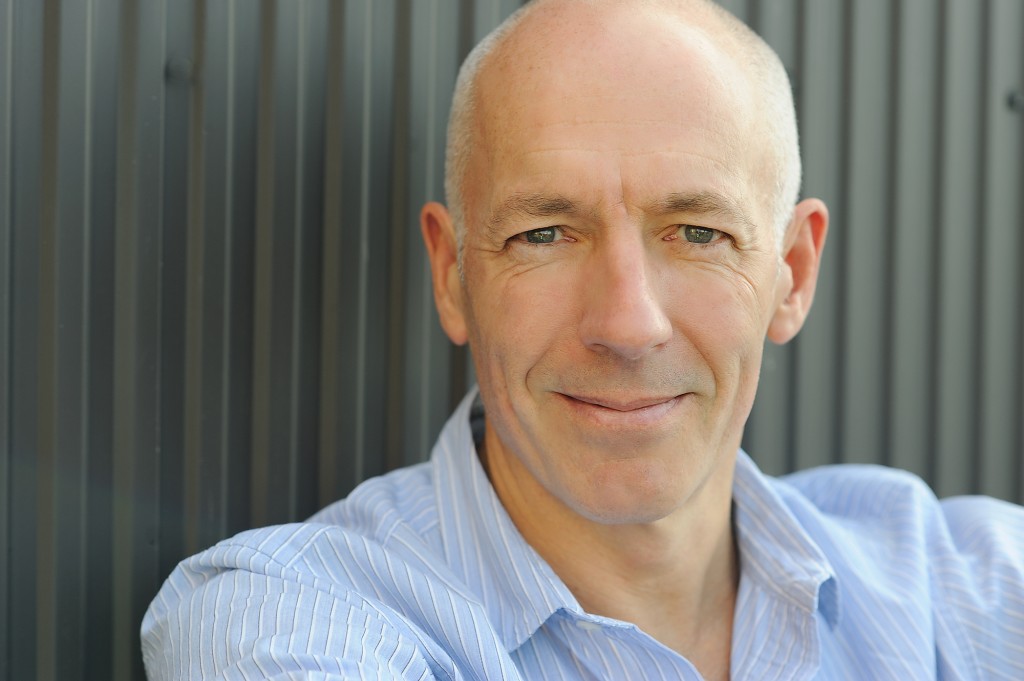 The renowned Shakespeare specialist was invited by the School of Dramatic Arts for a seven-week artist residency in last spring and is teaching in spring 2015. His 2014 visit included guest lecturing in the School and in classes around the university, as well as directing the second-year MFA Acting students in Pericles, Prince of Tyre at the Bing Theatre, and conducting a Shakespeare lecture and demonstration as part of Visions and Voices: The Arts and Humanities Initiative.

With about 30 years of professional experience in the theatre, Clare has spent the last 16 or so as a “Shakespeare nomad” — traveling around the world to work with actors, host workshops, guest lecture classes and direct productions. And although his life’s work is by now comprised almost exclusively of Shakespeare, Clare had no plans to work on it at all when he began his studies as a college student. “In fact, I found it pretty tedious. I suffered it as literature and really didn’t get excited about it in any way,” said Clare, whose many accolades include establishing the graduate classical acting course at Royal Central School of Speech & Drama (CSSD), in London, which he led for its first three years.

As laborious as it was for him in his younger years, Clare found his encounters with Shakespeare’s works to be continual — beginning in high school, then during his undergraduate studies in English literature at the University of Oxford and eventually in his acting career.
Coincidentally, it was the first job he landed close to graduation from drama school (he was himself an acting student at CSSD) that sent him on an exciting path of deepening his appreciation and understanding of Shakespeare.

Clare recalled that on the final Friday of drama school, he was contacted by a casting director for the Royal Shakespeare Company (RSC), whom he had met a couple days prior. In this exchange, he learned that an actor had dropped out in the middle of his contract and there was opening at the bottom of the company available for him. By the next Monday, Clare was in Stratford-upon-Avon to start work in the RSC.

“I was Johnny on the spot,” Clare said, chuckling about his fortune.

Yet, even after garnering three years of theatre experience with RSC and another three as a Staff Director at the National Theatre in London, Clare’s mind was still full of confusion and questions about Shakespeare’s text. Perhaps cursed with artistic and intellectual curiosity, he wanted to further his understanding of Shakespeare’s work, but do so from an actor’s perspective.

“Thinking in terms of opening up creative freedom rather than, as I felt very often from my experience, following guidance that was limiting one or trapping one in. Instead of people telling me what I should do or what one ought to do or the right thing to do, I wanted to be thinking of what one could do,” said Clare, who went on to get his doctorate in practical interpretation of Shakespeare at Oxford.

As he got deeper into his research and began himself conducting workshops, Clare had an opportunity to test his developing ideas — exchanging these with actors, directors and teachers — to evolve an actor-friendly approach to tackling Shakespeare. He compares it to his hobby of mountaineering.

“It’s a step by step process. You don’t climb mountains by leaps and jumps; you climb them by putting one foot in front of the other gradually,” the Shakespearean performance expert said.

Much like a mountaineer prepares his or her fitness, seeks the best advice and expertise, and equips for the excursion, an actor must do so as well and keep in mind that the mastery is progressive, Clare explained. “If you haven’t gotten to the absolute top, that’s okay, it’s meant to be climbed another day. We get as high as we can as safely and securely as we can and enjoy the climb.”