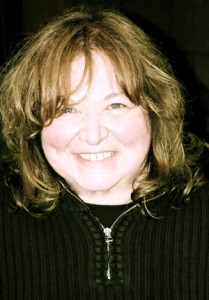 Adjunct faculty member and playwright Paula Cizmar has been selected as one of eight recipients of an ON the ROAD grant, designed by Theatre Communications Group and funded by The Andrew W. Mellon Foundation, as part of the Global Connections program.

She will be travelling to The Hague and The Balkans to meet with experts working to fight human trafficking for the purpose of writing a play, combining documentary elements with fictional stories. She will consult with theatre artists in Skopje and Sarajevo on the unique ways they craft political theatre for their audiences.

“It’s a tremendous thrill and an honor to be a recipient of a TCG/Mellon Foundation ON the ROAD grant. I was just knocked out when I received word of it,” Cizmar said. “The gives me an opportunity to explore some of my primary interests: the intersection of art and politics, of intuition and documentary, the way theatre can oscillate back and forth between these poles. To me, this is continuing what theatre has always been about, even since its ancient roots — I’m just approaching it with a 21st century spin.”

Cizmar’s intentions to write about human trafficking stems from her work on Seven, a documentary play about female leaders from the Vital Voices Global Leadership Network, written by her and six other award-winning playwrights. The ON the ROAD grant will allow her to travel to The Netherlands and The Balkans, two major points on the human trafficking triangle, to further research the topic.

During her trip to The Hague, Cizmar will interview European Union officials who prosecute traffickers and work with survivors, as well as get a firsthand look at how the criminal justice system operates. She will then travel to The Balkans to visit theatres in countries that are still healing from war and are coping with the aftermath of mass rapes and other human rights abuses. There, she will be visiting and learning from theatres that are committed to the healing process.

“I want to create a play that has elements of both documentary and fiction, that addresses the root causes and the human tragedy of trafficking, that is concerned less with linearity and convention and is more portable, more flexible, able to be performed in a traditional theatre and just as easily brought directly to the audience —wherever they are,” Cizmar said.

“The Global Connections program demonstrates the vitality, reach and value of our growing international theatre community,” said Teresa Eyring, executive director of TCG. “These inspired theatre-makers are reaching across borders of country, language, ability and more to advance cultural exchange and artistic collaboration.”