Despite appearing in numerous movies and being an Oscar-nominated actor, Tim Roth constantly finds himself challenged by each new film set he steps onto. In a conversation with the actor, moderated by Associate Professor of Theatre Practice in Acting John DeMita, students caught a glimpse of the filming process behind multiple Hollywood films and Tim Roth’s life behind the camera.

Over the course of his career, Roth has been fortunate to work with numerous filmmakers. He shared with the audience how each filmmaker has a completely different process than the last.

For instance, Roth has worked with Quentin Tarantino multiple times. Most notably on the films Reservoir Dogs, Pulp Fiction, The Hateful Eight and Four Rooms. He explained how Tarantino’s process involves reusing the same ensemble of actors in a majority of his films.

In contrast, Roth shared how director Mike Leigh employs an improvisational process instead of relying on a script. Leigh’s process is very collaborative as a lot of the film is decided on the spot. “That type of freedom, while it was unusual, was extraordinarily liberating, [and] challenging as an actor,” expressed Roth.

Another challenging project that Roth has worked on was the remake of Funny Games. “It was really difficult,” confessed Ross. To start off, the film was a frame-by-frame remake of the original. Additionally, the film was shot in sequential order, so that the stress their character’s felt throughout the film would increase as they progressed through the script and with each new day of filming.

Lastly, the actor playing Roth’s son in the film looked just like his son in real life. “It was difficult to make, it was deeply disturbing,” admitted Roth, “I found it very, very hard emotionally.” 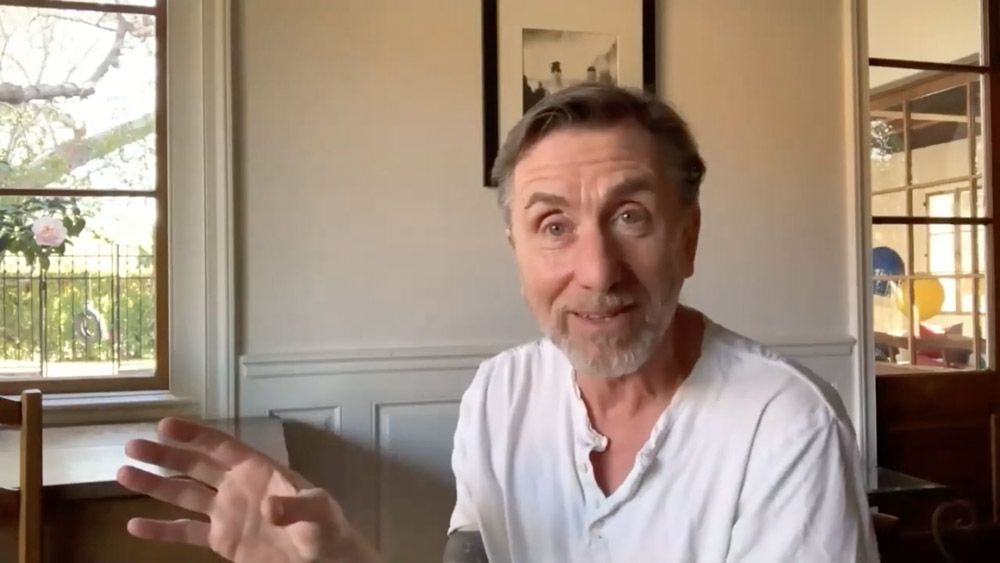 Over the years, Roth has himself been fortunate that no two experiences on set have been the same. He shared with the audience that, “Each piece of work requires a different process. It relies on the directors, it relies on the financiers.”

Roth got his start, acting in student films. He revealed, “I used to go around and put my name on film school boards…”

When he moved to the United States early in his career, he did the same thing and ended up appearing in a student film with Amanda Plummer. The two actors would later star in the film Pulp Fiction together.

Surprisingly, even with his impressive list of credits that include Rob Roy, Lie To Me and Youth Without Youth, Roth does not watch his own films. “Unless I’m forced to,” joked Roth. He also does not read reviews either. “What they think of me — they’re just telling an audience or influencing an audience. It’s not for me to be involved really,” he said.

As someone who has developed a thick skin in the industry, Roth stressed for the artists in the audience to do the same. When dealing with rejection, “What I figured out for myself was if someone says ‘no,’ then they’re wrong and I’m right, and there’s someone else around the corner.”

Roth encouraged students to move forward through rejection and allow that to motivate them to become unstoppable instead. “They don’t want you,” instructed Roth, “you move forward.”