Step into the booth of a recording studio with Associate Professor of Theatre Practice John DeMita and you’ll soon realize that well-dubbed voice work is an artform that takes a tremendous amount of skill.

“The dubber must not only honor the choices of the actor on screen, but also create a completely natural and personal performance of their own. It is very much the balance of intuition and technique, just like any form of acting on stage or screen,” he explains.

A seasoned voice actor, as well as a screen and stage actor and director, DeMita has lent his voice to hundreds of television series, films and video games, while teaching and directing at USC. His most recent role, however, is serving as a voice director for Netflix International Originals.

For Netflix, DeMita works with original talent and local voice actors to create English language dubs for films and television shows worldwide. Projects include films My Happy Family (Georgia), The Resistance Banker (Netherlands); and television shows Bordertown (Finland) and My Holo Love (Korea); among others.

During a typical recording session, DeMita shows the voice actor the scene in the original language while their lines scroll at the bottom in English. He then discusses major events of the scene, with a particular attention to transitions and beat changes, and other details like the distance between actors and background noises.

“Successful voice acting involves breath and articulation control, textual and rhetorical analysis, rigorous focus, and fearless improvisation,” says DeMita, citing that all of these as invaluable skills students learn at the USC School of Dramatic Arts. That’s why the professor looks to alumni and students when he is casting for voice work. 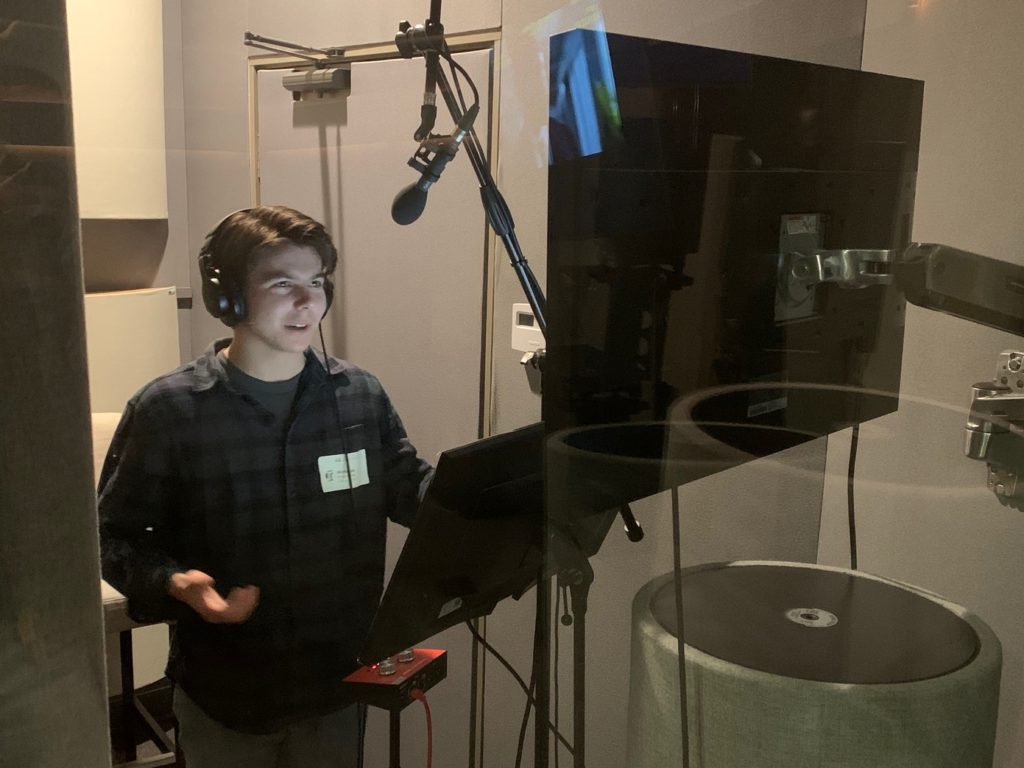 “While the job is matching someone else’s voice, there’s so much more than just the voice that goes into creating any performance. So being able to feel out another actor’s physical experience while voicing the English words is helpful,” Connor Kelly-Eiding BFA ’11 says.

The alumna — who auditioned and landed the English dub role for lead character Lea on Netflix’s We Are the Wave — has found her theatre training helpful in this line of work. At USC, she not only refined her ability to cold read, and maintain focus and presence, but also found that “there is a bodily awareness instilled by theatrical training that definitely comes in handy [with dubbing].”

While a student at SDA, Evan Macedo BA ’20 was cast in the Spanish melodrama Elite as the English dub for principal character Ander, as well as voice work for We Are the Wave.

“John’s voice class taught me all the skills, vocabulary and mindset to be able to confidently walk into any booth and understand what is expected of me,” he says.

For Angie Sarkisyan BA ’19, working with the familiar presence in a professional setting allowed her to excel.

“Going in, I knew I was in good hands even though I was really nervous. It was John’s talent as a director and the love he has for the art that really helped me to get out of my head and do my best,” says Sarkisyan about her voice work as Zazie on We Are the Wave. She also worked with DeMita on a second Netflix project, the recently premiered Brazilian drama Good Morning, Verônica. 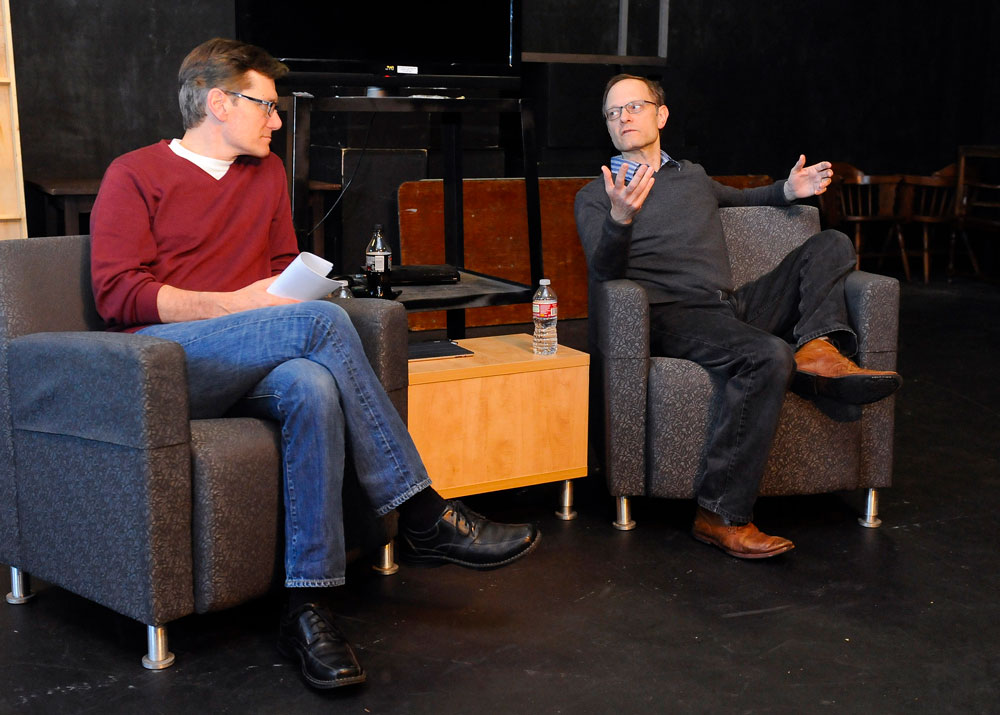 With COVID-19 altering the process, DeMita now works from home to limit the number of people in studio. His office looks a lot like NASA mission control, he says, with numerous mics and monitors. In one of the bedrooms, he even has a recording booth set up.

For the German series Dark, all of the actors recorded from home — including Associate Professor of Theatre Practice Laura Flanagan, who was cast as a new character in the series. Some were equipped with professional booths, while others recorded from their bedroom closets.

“It was a constant challenge, negotiating internet speeds and ambient noises, but with the help of an excellent mixer, the show sounds great,” DeMita says.

While directing the show, DeMita spent his evenings directing an Asian American voice cast in the dub of the Korean film Time to Hunt. “It was an intense period, working 10-hour days, trying to make up for the lost time due to the first weeks of COVID,” he says.

Being a professor and a practitioner of the craft, DeMita has kept a busy schedule, to say the least, but both have kept his career fulfilling.

“In [their] senior year, my students focus on developing a deep understanding of why they have chosen to be artists. That answer for me has always been a need to help others tell their stories. Teaching has allowed me to do that for my entire career and I am very grateful.”