She was the voice of the toon shoe in the 1988 film Who Framed Roger Rabbit, squealing as its dropped in “the dip.”

Who can forget neurotic orange-haired toddler Chuckie Finster from the Nickelodeon cartoon Rugrats? That’s her, too.

But a 10-year-old boy defines the majority of Nancy Cartwright’s career. For roughly 30 years, she’s been the voice of Bart on The Simpsons.

On Wednesday, a few dozen students from the USC School of Dramatic Arts had the chance to sit across from her in a small black box theatre on campus.

Cartwright shared how she got into the business, which wasn’t a straight shot. She grew up in Ohio, where her speech skills got her a scholarship to Ohio University. She worked at a radio station there and got introduced to a woman who worked for Warner Bros. After hearing her demo reel, she gave her some addresses in Los Angeles for voice-actor work. Only one had a phone number: It was for Daws Butler, known then as the voice of Road Runner. 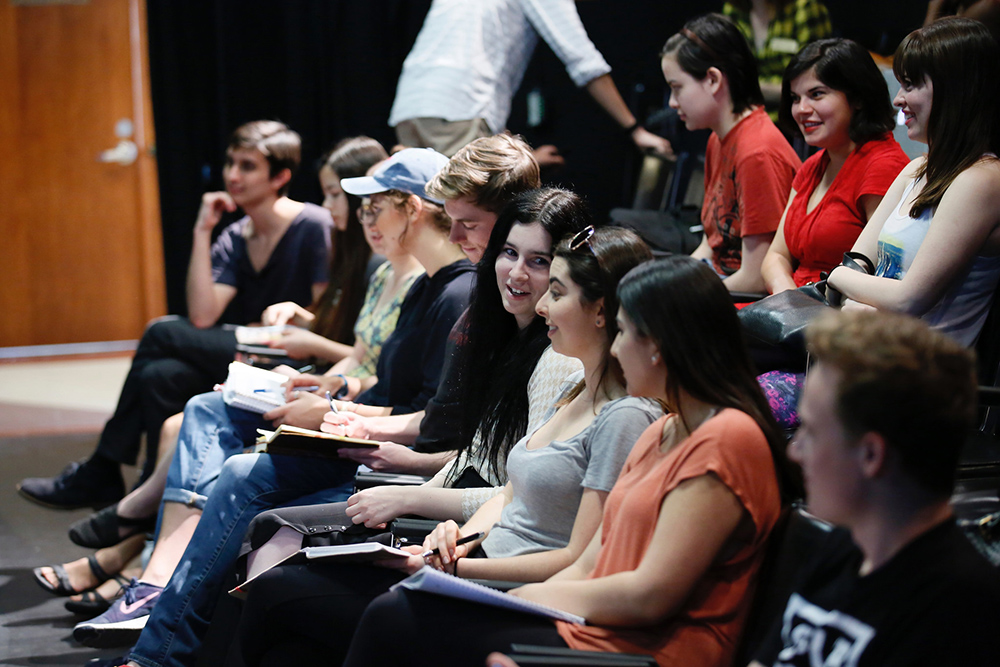 She called and got an answering machine, a man’s voice talking like an uppity British butler. So Cartwright responded in same. She got a call back.

Butler became her mentor, sending her scripts that she recorded on a cassette. But she soon realized if she really wanted to pursue her passion, she couldn’t stay in Dayton. She decided to transfer to UCLA. Her mom’s battle with cancer and eventual death coincided with the move, making it a difficult transition. She didn’t have friends. All she did was go to class and meet with Butler, she said.

After fainting from the stress one day, she went to a teacher’s assistant in the theater program to ask for help – any kind of help.

“I told her I was just lost,” Cartwright said. “She said ‘Well, probably the best thing for you to do is just get involved – we have auditions coming up.’ ”

So she did. And she got cast and cast again. A play called The Transgressor, about a transgender child returning home, made an impact on campus – so much so, that the director asked if she’d drop out for a semester and perform at a theatre in Hollywood.

“I ended up getting an agent with the play,” she said “By the time I graduated in the spring of 1981, I was already working professionally and pretty much on my way.” 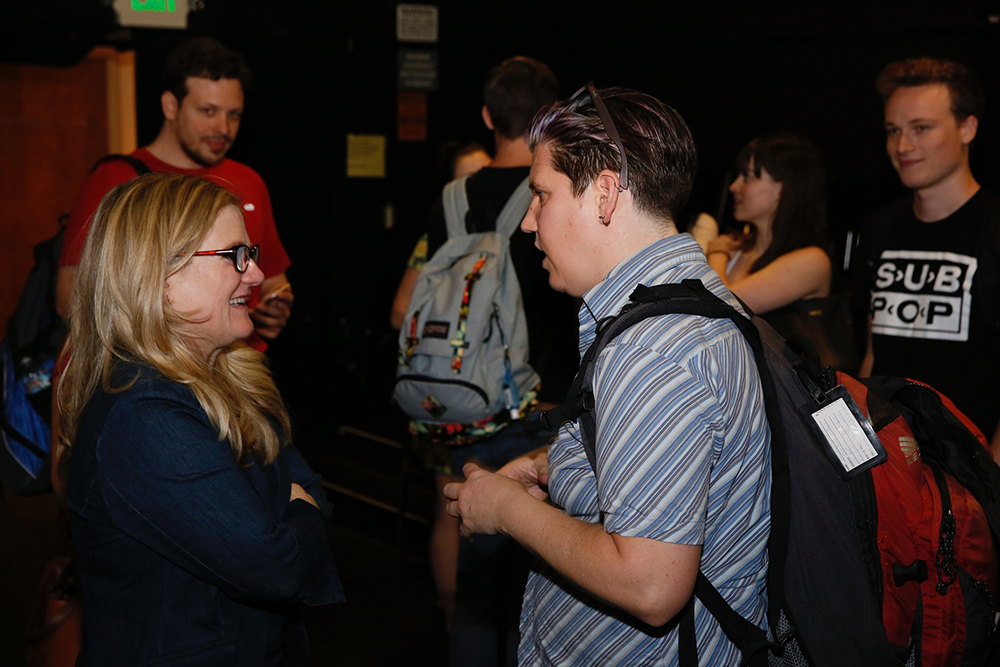 The room of roughly 40 students also got a peek at clips from Cartwright’s upcoming film, In Search of Fellini, based on a trip she took in her 20s. It was the first time she’d shown the trailer to anyone.

Phil Allen, who leads the voice-over program at USC with his wife, Vicki Lewis, said it’s special that students can make these intimate connections with professionals.

“I think the cool thing about hearing from any pros that have that level of success is that they’re all just people, too,” Allen said recently. “We assign magical qualities to people at the top of the business … you think those people have some sort of magical power I can never have. You meet Nancy and she’s this lovely woman from Encino.”

In the course, the students aren’t just coached on voicing. They learn how to record and edit their tape so they can graduate and start booking gigs right off the bat. Some have gone on to voice for Disney and Star Wars video games.

The industry has changed a lot as well, democratizing it for newcomers. The days are over that a courier drops off a script and the actor does the voice work in an agent’s studio. Now websites offer actors without agents the chance to book gigs on everything imaginable – from audiobooks to apps – and they can do it all from their apartments.

A bit of security

“It’s a way of attaining some financial security in a business that doesn’t offer you a great deal of security at all,” Allen said.

Cartwright stressed taking advantage of opportunities. She got that summer job at the radio station, doing a cartoon character on air, which allowed her to the meet that woman. She left that voicemail for Butler. She put school on hold – just for a semester – for that play.

“Carpe diem,” she said. “For me, something always happens. A door always opens. You would be amazed how many people out there are aligned with you. People who are incredible people who want to help you … it’s just a matter of communicating.”