A member of the critically acclaimed cast of the Amazon series, Transparent, and a new faculty member with USC’s School of Dramatic Arts, Billings is a mixed race transgender woman, an AIDS and LGBT activist, a writer, an accomplished and ground-breaking stage and screen actor, an award-winning cabaret singer, and a respected theatre arts teacher.

The subject of the 2009 Emmy-nominated PBS documentary, Schoolboy to Showgirl: The Alexandra Billings Story, Billings is the offspring of a teacher and a long-time musical director of the Los Angeles Civic Light Opera. She began learning stagecraft behind the scenes and on stage as a child and adolescent, always painfully aware of the wrongness of her physical gender identity. After transitioning, Billings launched a stage acting career that has encompassed hundreds of roles in plays and musicals off-Broadway and at local and regional theatres, from Steppenwolf’s original production of Charles Mee’s Time to Burn (a Joseph Jefferson Award-winner for Best Ensemble) to her touring autobiographical shows, Before I Disappear, which had a lengthy off-Broadway run; “I’m Still Here, Still” and most recently, S/He and Me. 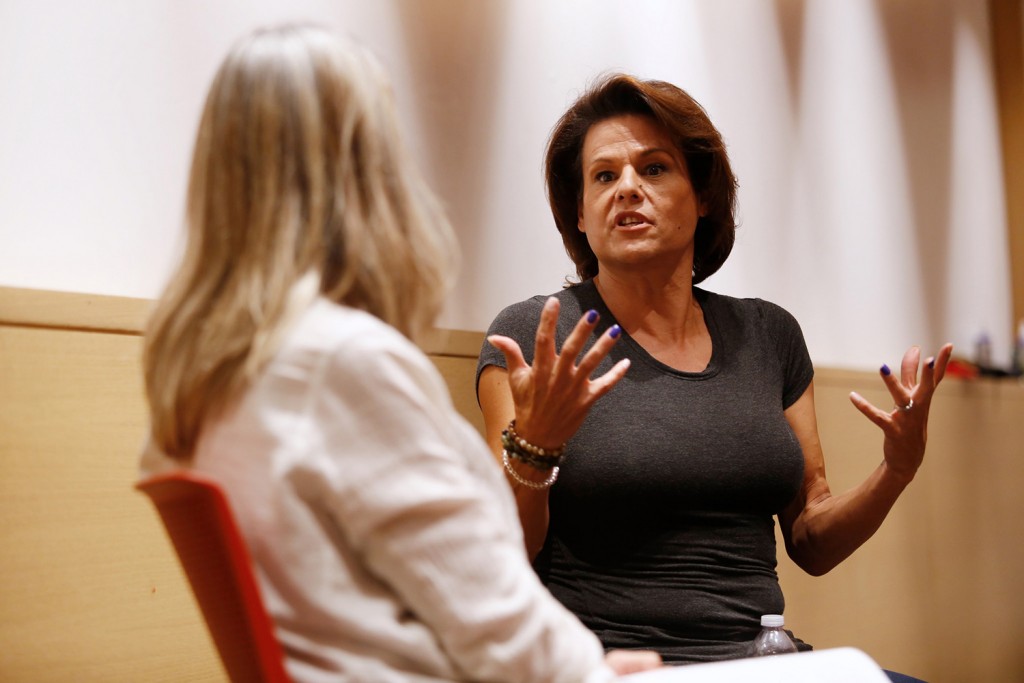 Among Billings’ work for the large and small screen, in both transgender and non-transgender female roles, are How To Get Away With Murder, Grey’s Anatomy, the recently released crime drama feature, Valley of Bones, and upcoming, six episodes of the Amazon series, Goliath, starring Billy Bob Thornton. (The peripatetic Billings is also a frequent guest columnist for the Huffington Post.)

Prior to joining the SDA faculty, Billings was an assistant professor of theater arts at Cal State University Long Beach, where she earned her MFA, and she has taught master classes in acting at universities from coast to coast, grounding her teaching in the Viewpoints, an improvisational, kinesthetic, and versatile acting tool originated by postmodernist choreographer Mary Overlie and expanded upon by renowned stage directors Anne Bogart and Steppenwolf’s Tina Landau, with whom Billings studied.

The nine Viewpoints, Billings explained, “are containers in which all human behavior fits. There’s a container called gesture, one called tempo, one called spatial relationship, and so on. You can teach Meisner, Uta Hagen’s philosophy, and Stanislavsky’s philosophy and still use the Viewpoints language,” she said, “so I’m able to give my classes a common vocabulary, teach them about ensemble, break it apart, and put it in a play, and then give them very specific exercises and tools they can carry with them.”

When faced with students’ unrealistic expectations, however, Billings is uncompromising. “I’ve had many students say, ‘I want to win an Oscar,’ ‘I want to be on a TV show,’ ‘I want to win a Tony,’ ” she said. “And I tell them you should leave. Because I don’t know how to teach you how to do any of that—and neither does anyone else.

“I impart what I’ve learned in half a century of being on the planet,” Billings said, “and that’s what I teach—through the lens of other people’s words. All of the great storytellers have given us these great plays throughout the centuries, across the globe, collecting their humanity and handing it to us. Our job,” she said, “is to bring it to life as truthfully as we can with the experience that we have.”