Skip to content
By By Rickey Orr and Stacey Wang Rizzo July 26, 2018

Award-winning director Joe Mantello sat down with students at Cammilleri Hall in the spring as part of the USC School of Dramatic Arts’ Spotlight@SDA series to discuss his career and give insight into his experience in theatre. Most recently director of The Boys in the Band at the Booth Theatre, Mantello has directed more than 25 Broadway productions and has also performed as an actor on Broadway.

And although his career has been successful – with two Tonys, two Drama Desks, an Obie and over a dozen award nominations to show for it – the artist has always valued the opportunity to learn. “I love being in a room with people I can learn from. I always leave satisfied,” he said.

Especially for shows he has directed, “I learn a lot when I see a play in front of an audience. I like it, it’s painful, but I like it a lot.”

Mantello recalled training in college as an actor in preparation for the rising regional theatre movement, but didn’t feel ready for the industry. “I wish I had known there’s not a right way to do it. After I had graduated from school, I didn’t feel unique. My instincts were short circuiting because I hadn’t been true to them.”

It wasn’t until he got to Circle Repertory Theatre that he felt as if he had found a home. “Being given the space to develop” allowed him to fail and was a crucial part to his development. 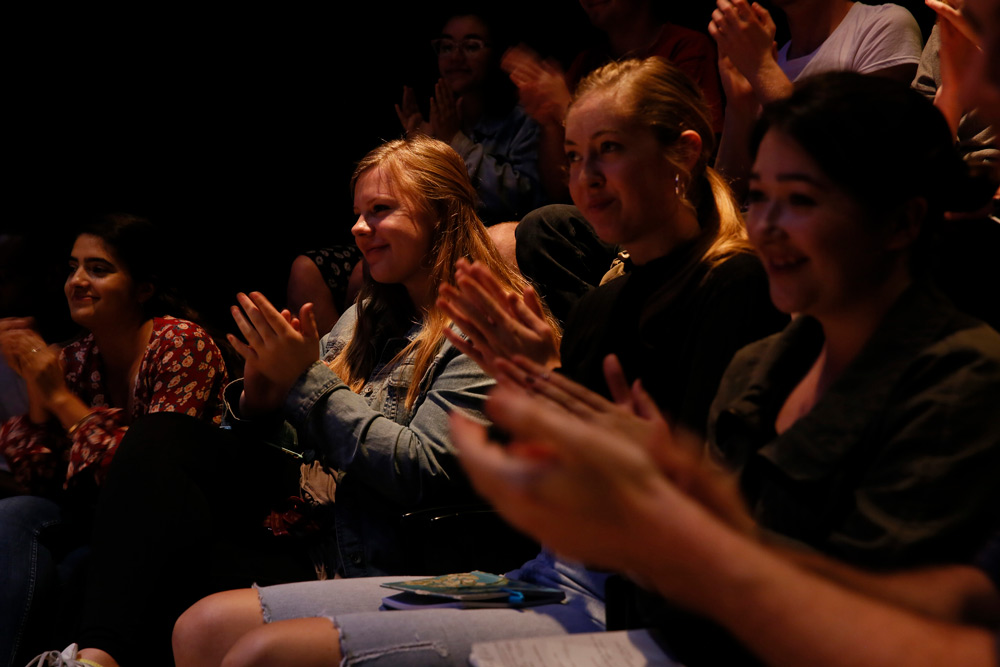 As an actor, Mantello performed in the original Broadway production of Angels in America. He went on to direct his first show on Broadway, What’s Wrong With This Picture?, followed by productions like 9 to 5, Assassins, The Odd Couple, Take Me Out, among others.

He returned to acting almost two decades later in the Broadway revival of The Normal Heart, then starred in The Glass Menagerie, opposite Sally Fields. “It had been 17 years since Angels in America, and The Normal Heart is the only play that got away. I had the chance to do a benefit reading and it snowballed from there,” he said.

Arguably most known for directing the musical Wicked, Mantello explained that the experience with the production was brand new to him. “Up until that point, I had only directed new plays,” he said. “It’s a very different process, because [with musicals] there’s so many people in the room. Much more of a team effort, which I like, if it’s the right people. It’s less lonely.”

Directing global hits like Wicked afforded him the chance to experience the productions in different languages and in different countries. “It’s kind of amazing,” he said, citing that it makes him feel like he’s a “spiritual godfather.”

For Wicked in Japan, he learned that directors there hold a different role than their American counterparts and “Interesting enough, in Germany, they do not have a word for ‘wicked.’ ” 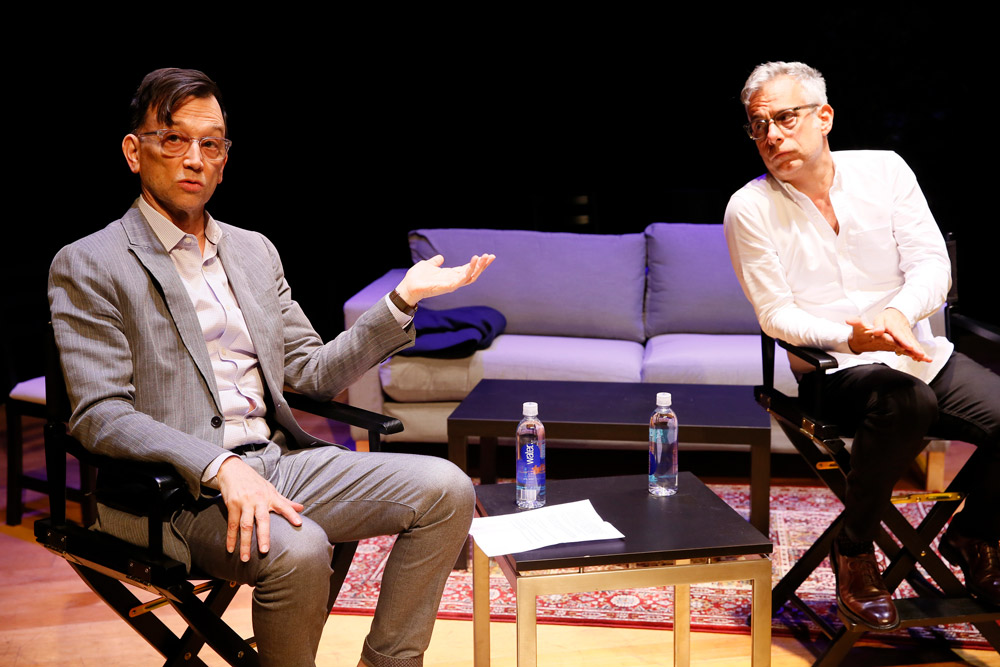 When moderator Assistant Professor of Theatre Practice Christopher Shaw opened up the conversation to audience questions, Mantello stressed the importance for actors to participate as readers for auditions. “It’s invaluable or almost as valuable as training, to get into the audition room and be a reader. You see brilliant actors not get the part.”

Mantello also expressed his appreciation for “an actor that shows up and has ideas, even if they’re the wrong idea, at least they’re generating ideas,” he said. “How do you give the audience the ride of their lives? … You’re looking for someone who makes it come alive, makes you want to keep watching, and put your own spin on it.”