The USC School of Dramatic Arts has appointed Lorrie Bartlett, Connie Britton, Megan Colligan, Rik Reppe and Blair Underwood to the Board of Councilors. Groundbreaking leaders and influencers in the entertainment and business world, these new board members will play a crucial role in the continued growth and expansion of the School. 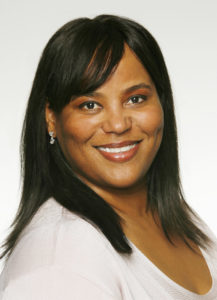 Lorrie Bartlett is a partner and co-head of the talent department at ICM Partners, a talent and literary agency representing clients in the fields of motion pictures, television, publishing, music, theatre, branded entertainment and digital media. ICM Partners is one of the predominant agencies in the United States and Europe, with its principal offices in Los Angeles and New York.

Bartlett graduated from Occidental College with a degree in diplomacy and world affairs. She started her career at The Gersh Agency in July 1991 as Bob Gersh’s assistant and transitioned from agent to partner. Bartlett is the first African-American to run a talent department for a major talent and literary agency. She is also the newest member of the ICM Partners Managing Board of Directors. 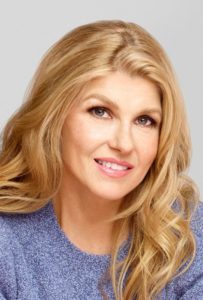 Four-time Emmy Award-nominated Connie Britton most recently starred in and executive produced the first season of Bravo’s scripted anthology series Dirty John, which earned her a Golden Globe and Critics’ Choice nomination. She also appeared this fall in the Golden Globe nominated SMILF for Showtime.

Britton is best known for her Emmy Award-nominated starring roles on Nashville and Friday Night Lights.

Her role on Nashville also earned her a Golden Globe nomination. She received another Emmy Award nomination for her role in the first installment of American Horror Story. Additional television credits include 9-1-1, American Crime Story: The People v. O.J. Simpson, Spin City, 24 and The West Wing.

In film, her most recent credits include The Mustang, Beatriz at Dinner, Land of Steady Habits, Me & Earl & the Dying Girl, This Is Where I Leave You, The To-Do List, Seeking a Friend for the End of the World, American Ultra and Professor Marston & The Wonder Woman.

Britton is a graduate of Dartmouth College with a BA in Asian studies. In April 2014, she was appointed as a Goodwill Ambassador for the United Nations Development Programme. In this role, she raises awareness of UNDP’s work in poverty eradication and women’s empowerment, advocating to the American and global public. 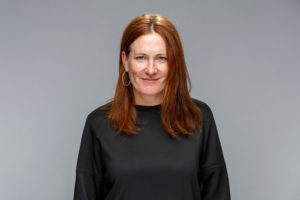 Megan Colligan joined the IMAX Corporation in February 2019 as president, IMAX Entertainment, and executive vice president, IMAX Corporation. Prior to joining the company, Colligan served in executive roles at Paramount Pictures from 2006-2017, most recently as worldwide president of marketing and distribution. She spearheaded the marketing and distribution efforts for many of Paramount’s most successful franchise properties and oversaw Paramount’s Home Entertainment division, a $1 billion dollar annual business for the studio.

A member of the Academy of Motion Picture Arts and Sciences, Colligan was also the winner of the 2013 Sherry Lansing Award from Big Brothers and Big Sisters of Greater Los Angeles. She has served on the organization’s board since receiving the honor. She chairs the marketing committee and serves on the executive committee and fund development committee. She graduated from Harvard University with a BA in American history and African American studies. 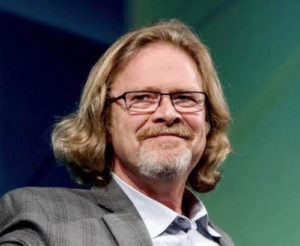 Reppe wrote and starred in a one-man show, called Staggering Toward America, in early 2004. Motivated by the 9/11 attack on the U.S., he left his Los Angeles-based consulting business and toured the crash sites in Washington, D.C., New York and Pennsylvania, adapting his experience into a stage play. It won citations from Backstage West for Best Performance and Best Writing.

In 2005, he wrote and starred in another one-man show, Glorious Noise. Both shows were hits at the Minneapolis Fringe Festival. He appeared on NPR’s Sound Money in 2003 and 2004.
Reppe earned a BA in theatre from the School of Dramatic Arts in 1994 and a master’s degree in economics from the University of Arizona in 1996. He is married to fellow SDA alumna Shauna Steiner Torok BFA ’84 and they spend their time wrangling her kids, Stetson and CC. 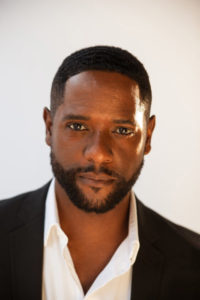 A true multi-hyphenate, Blair Underwood is enjoying success in film, television and theatre, as an actor, director and producer.

Underwood recently wrapped roles on Ava DuVernay’s When They See Us and the comedy series Dear White People, and can be seen in Clark Johnson’s Juanita, opposite Alfred Woodard, all on Netflix. He spent two years as a series regular on the ABC drama, Quantico, while recurring on another hit ABC drama, Agents of S.H.I.E.L.D. He also had a co-starring role in The After Party, from writer/director Ian Edelman.

Past television credits include series regular roles on Dirty Sexy Money, The New Adventures of Old Christine, In Treatment, L.A. Law and The Event. Film credits include Just Cause, Set it Off, Deep Impact, Rules of Engagement, Madea’s Family Reunion and Full Frontal. Underwood co-starred opposite Cicely Tyson in the Lifetime telefilm, A Trip to Bountiful, based on the Tony Award-winning play. In 2012, he made his acclaimed Broadway debut in the iconic role of Stanley in Tennessee Williams’ A Streetcar Named Desire, earning him a 2012 Drama League Distinguished Performance Award nomination.

Underwood’s directorial work includes Patch and The Bridge to Nowhere. He is an Emmy Award winner (as producer of the philanthropy-centered NBC Saturday morning series Give), a two-time Golden Globe Award nominee and has been nominated for 17 NAACP Image Awards (seven wins). He won a Grammy Award for Best Spoken Word as co-narrator of Al Gore’s audiobook, An Inconvenient Truth. A newly minted member of the Academy of Motion Picture Arts and Sciences, he is also active in several philanthropic endeavors.