This week, the USC Career Center, in collaboration with the Theatre Student Association of the School of Dramatic Arts, hosted a performing arts panel in the Massman Theatre as part of the Explore@4 series. The panel showed alternative pathways for students on the brink of forging a life in the performing arts and provided a safe place for them to ask questions of a prestigious panel of people who had already made their way in a variety of directions.

I have an embarrassing confession. I was really nervous about moderating this panel. That probably sounds silly, and after a lifetime of stretching out of my comfort zone, the experience has reminded me yet again of a valuable lesson for those about to seek a life in an uncertain profession. The wonderful thing about being asked to do something new is that following that initial frisson of fear, one’s creative habits and training kick in. Which is, of course, what the panel was addressing. How do we take the training we have received in school and go out into the profession to find our way? The students who attended the discussion heard the same idea expressed many ways throughout the hour-long discussion: 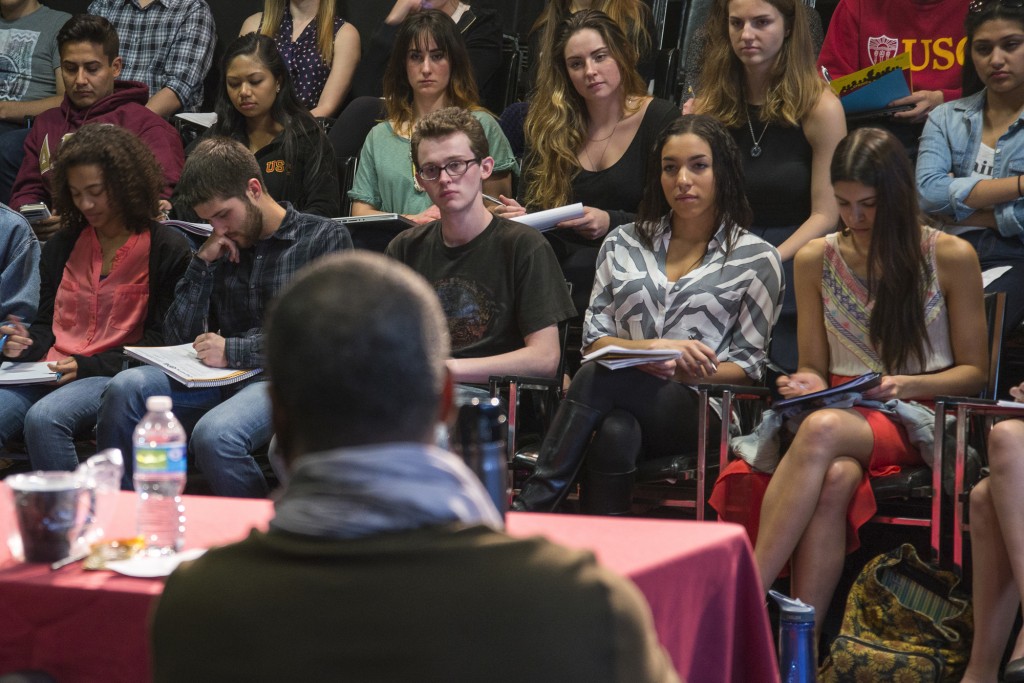 We covered topics such as how to navigate new media as actors. Who better to discuss that then LeVar Burton, with 1.7 million Twitter followers? Burton refashioned his long running Reading Rainbow television show into an app which has allowed students to read over 16 million books on their tablets. He modified his original premise of bringing reading to young children via the current technology (television in 1983 when the series started) to embrace the latest technology. He took what he knew and adapted himself and his vision, creating a successful kick starter campaign with over 105,000 contributors, raising over five times his $1,000,000 goal. Burton asked to see a show of hands for how many of the students had Instagram accounts. Every single one rose in unison.

Burton discussed how he had been cast as the lead in Alex Haley’s Roots when he was a 19-year-old sophomore at USC. He attributed everything he knows about acting to the training he received at the School.

Mark Simon and others talked about researching the company you are approaching for a job and knowing before you interview about the type of work they do. Before auditioning, he advised, “Read the play.” He said that if he found that an actor hadn’t read the play he was likely to lose all interest in that actor. Good advice!

The universal advice from the panelists was to get out and go to the theatre. See the plays, talk about them, write about them, hone and train your ability to think about plays in critical terms and to have opinions.

Several of the panelists talked about how they had started as actors and migrated in another direction. Camille Schenkkan began as an actor, and realized that she really didn’t like commuting to auditions. She had a formative internship while in college, which developed into a full-time job. She became active in the Arts Alliance and other organizations, and soon landed at Center Theatre Group. She is responsible for overseeing the internships offered to students at Center Theatre Group, now a highly competitive process.

Emilie Beck began as an actor in Chicago, an environment she loved, and which I later overheard her telling some students about more. When she moved to Los Angeles, she discovered she no longer wanted to be an actress, and because she was writing plays by then, sought a job which could support her creative work.

David Mack described his rewarding work in coordinating the logistics for a dance company doing events in non-traditional performance spaces. Again, the theme was adaptation, flexibility, not being afraid to try something that hadn’t been tried before. It was a wonderful conversation.

I had joked with my husband before the event that moderating a panel is just like hosting a dinner party, except without the shopping, cooking and doing the dishes. The moderator’s task is exactly what the dinner party host’s is: to draw out your guests, to tease out the stories and the experiences that fascinate the other dinner guests. I love hosting dinner parties.

The dessert was hearing these generous panelists respond to the questions of the students, who were so eager to hear what they had to say. It was a dynamic and positive conversation which left everyone in the room, both students and panelists, feeling charged and hopeful about their future lives in the arts.

Following the question and answer period, the panelists stayed to talk with the students one on one before heading out into the early evening. Everyone left this dinner party fully sated. 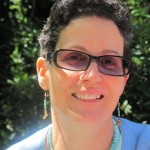