If Blair Underwood could attribute one life experience that has informed his entire career, it would be growing up an “Army brat.”

“As a son of a military officer, there was a sense, not of entitlement, but a sense that you’re not a second-class citizen,” the award-winning actor said during the USC School of Dramatic Arts’ guest artist series, Spotlight@SDA, on Feb. 23.

“My mother would drill into us: when you walk outside this house, you represent yourself, your family, your race, your father’s rank and your country,” he explained. “That’s a lot for a kid.”

Although Underwood could chuckle about that pressure as a youth, his childhood strengthened his sense of responsibility — especially when he realized many of his friends were only exposed to other African-Americans through what they witnessed on television.

“That stayed with me — the importance of imagery and how it can inform how people see other people, other cultures, other genders, anything different than you. If that’s not in your immediate world, the only access you have is what you see on whatever platform,” he said. 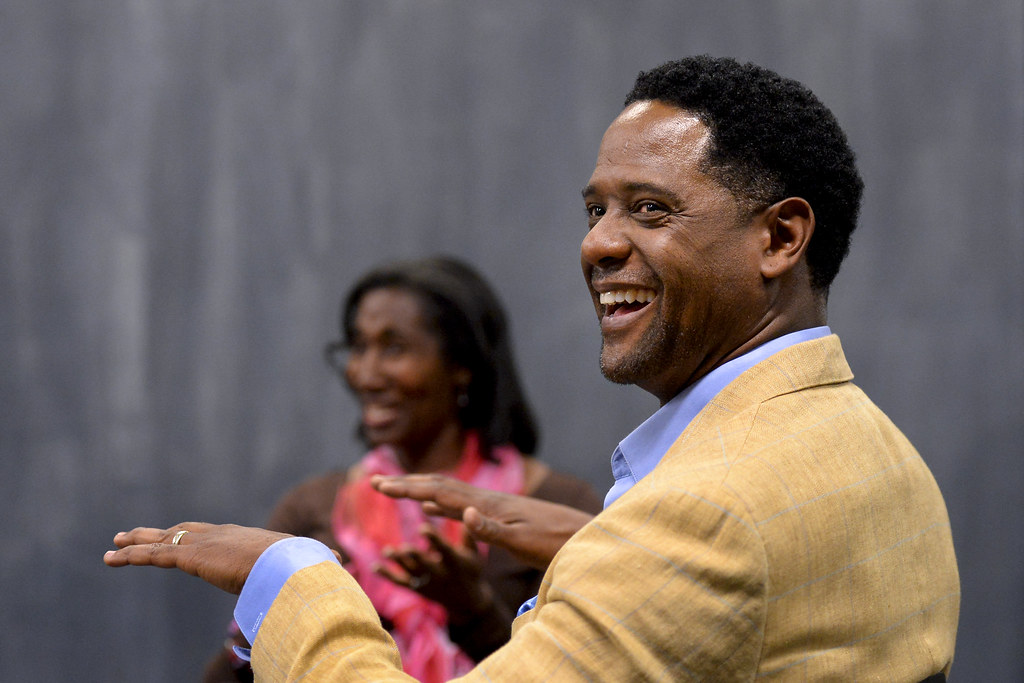 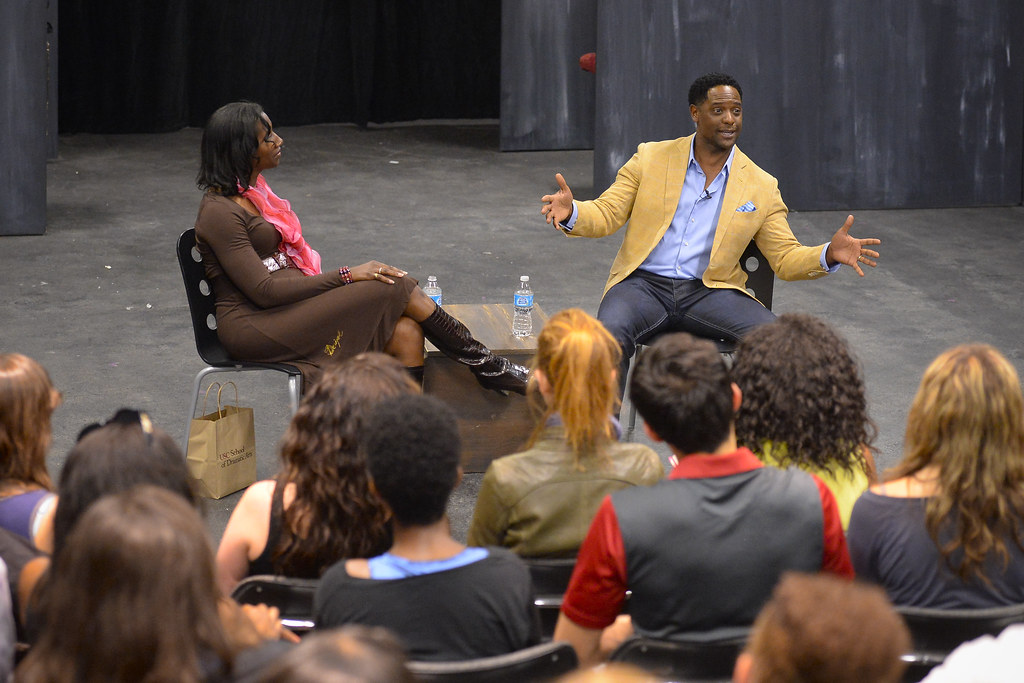 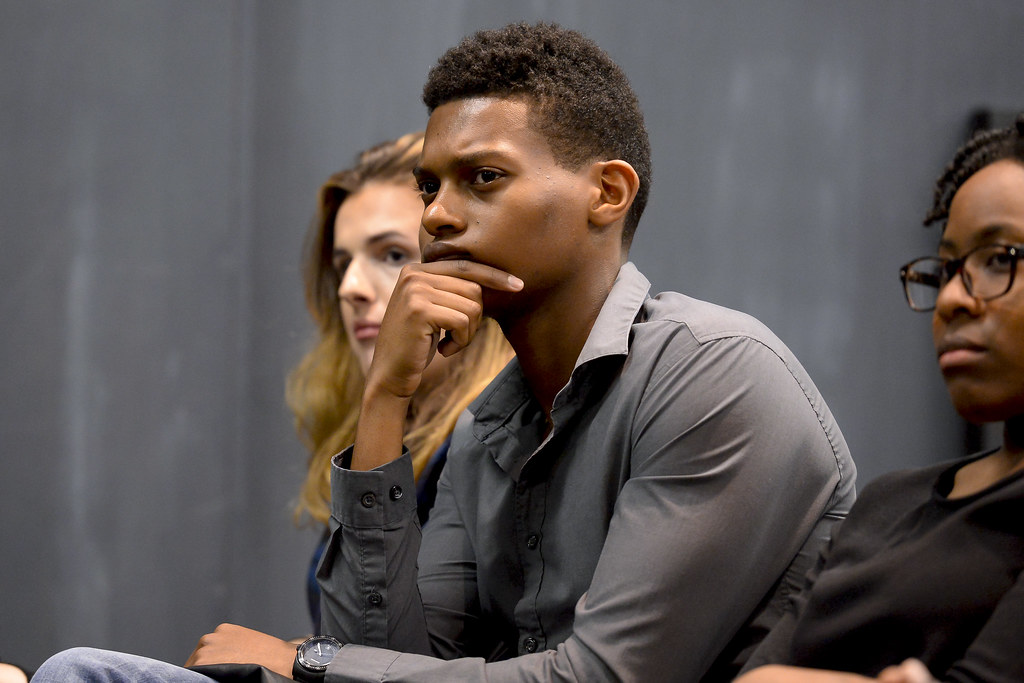 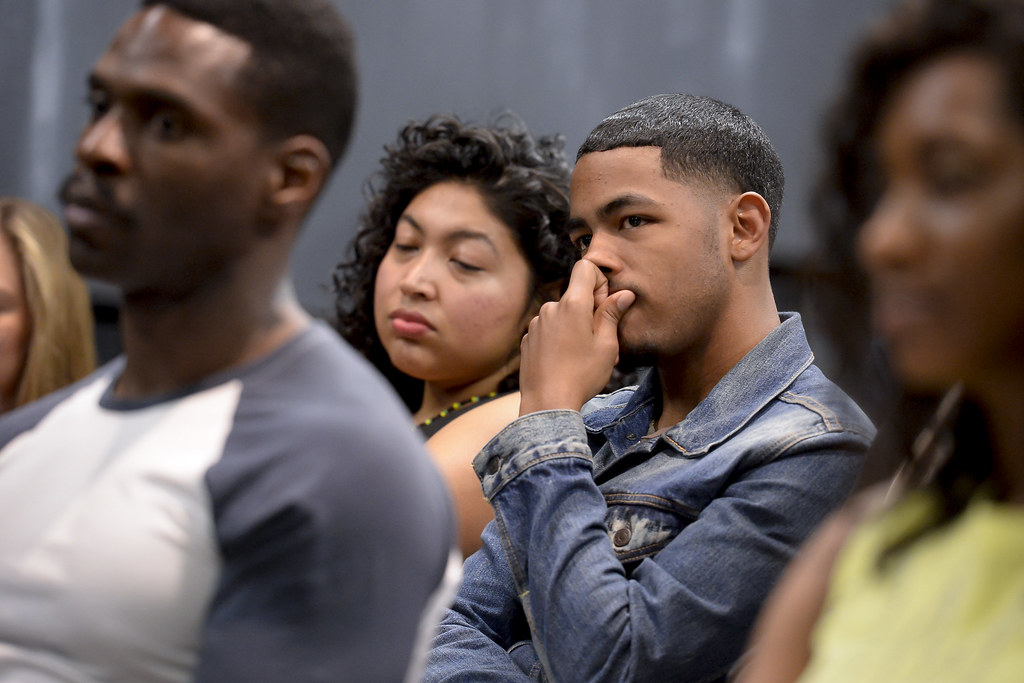 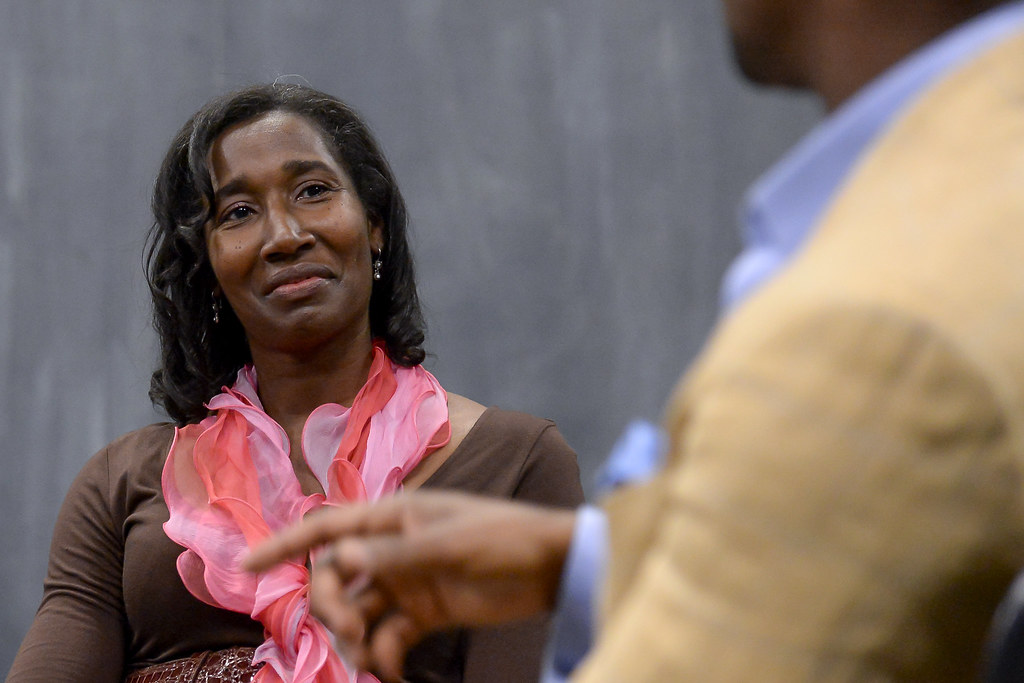 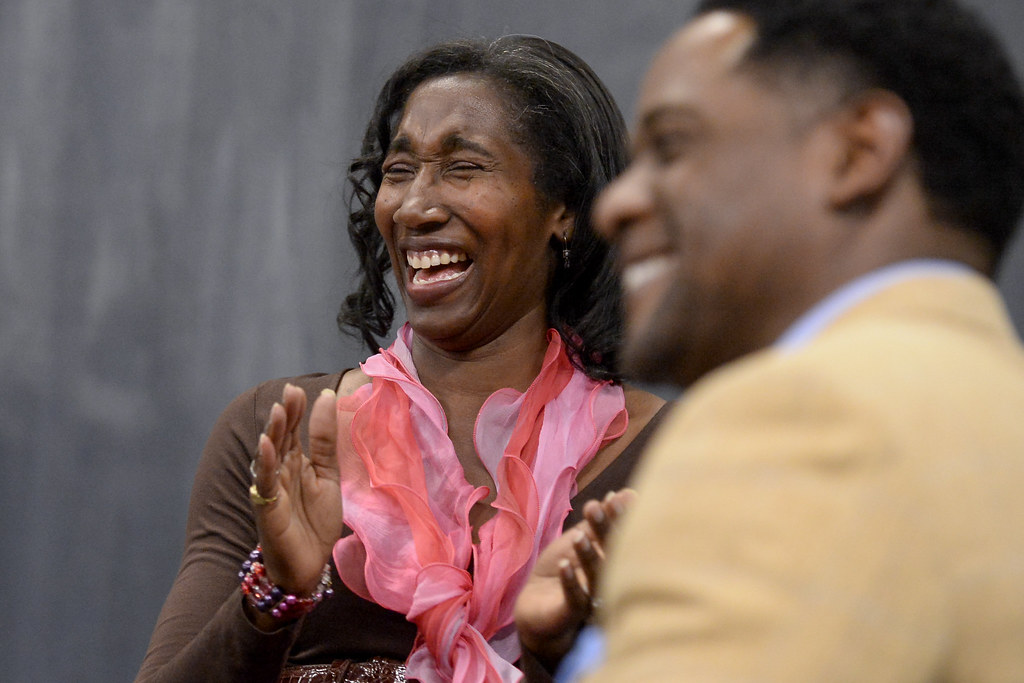 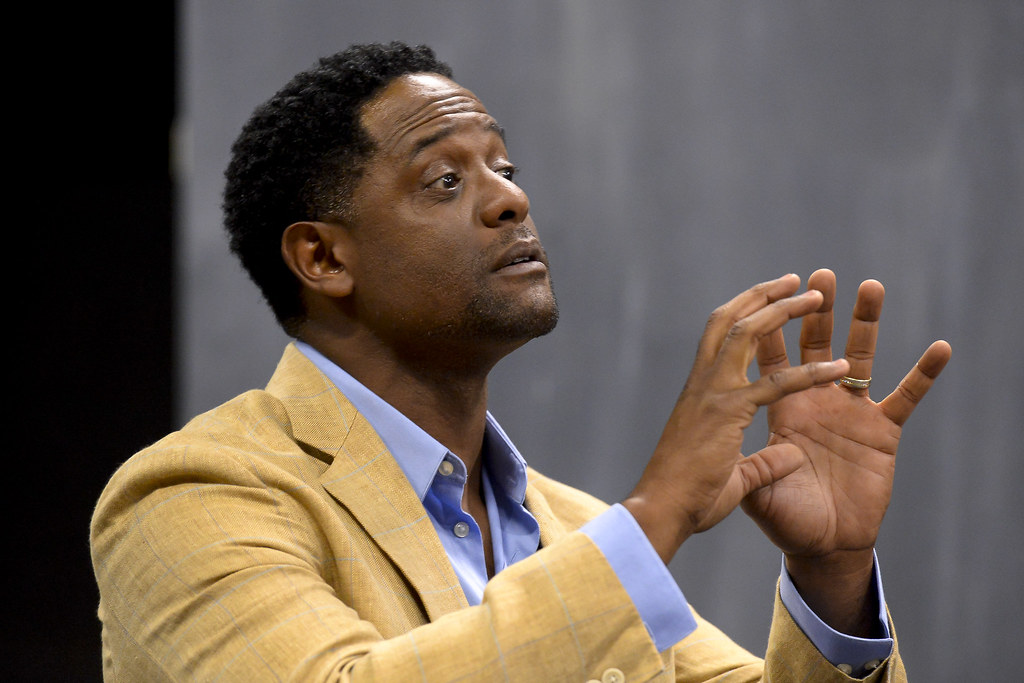 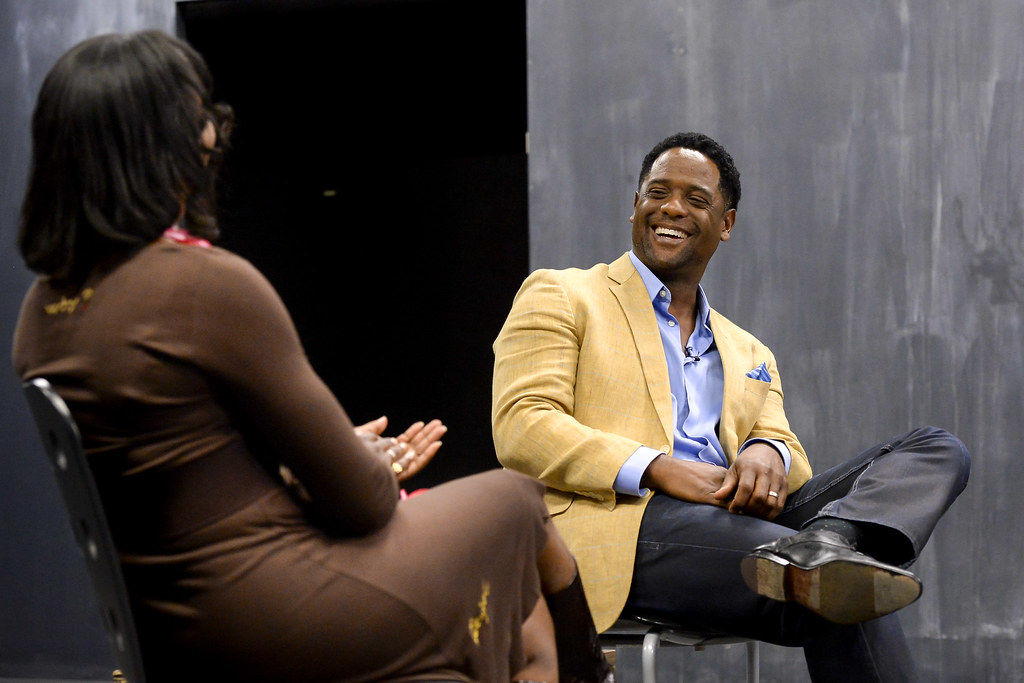 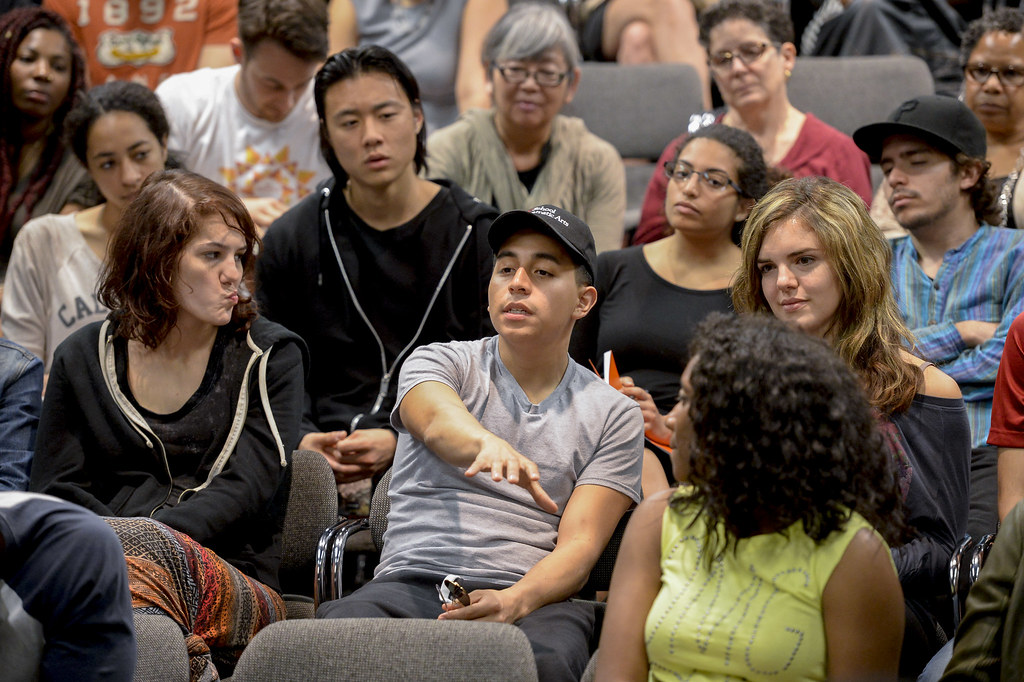 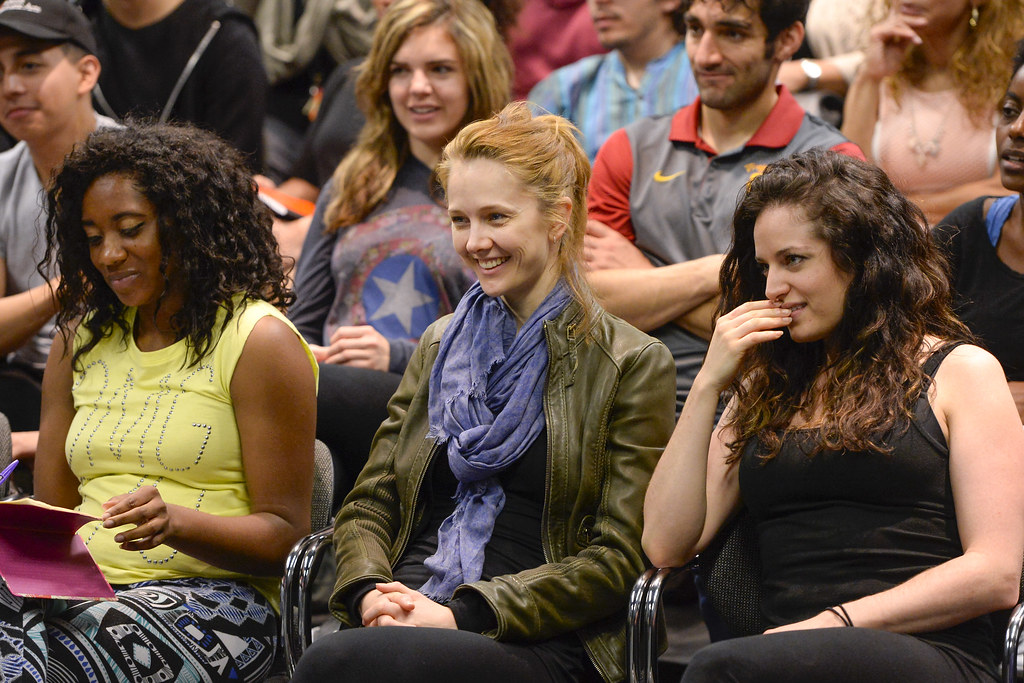 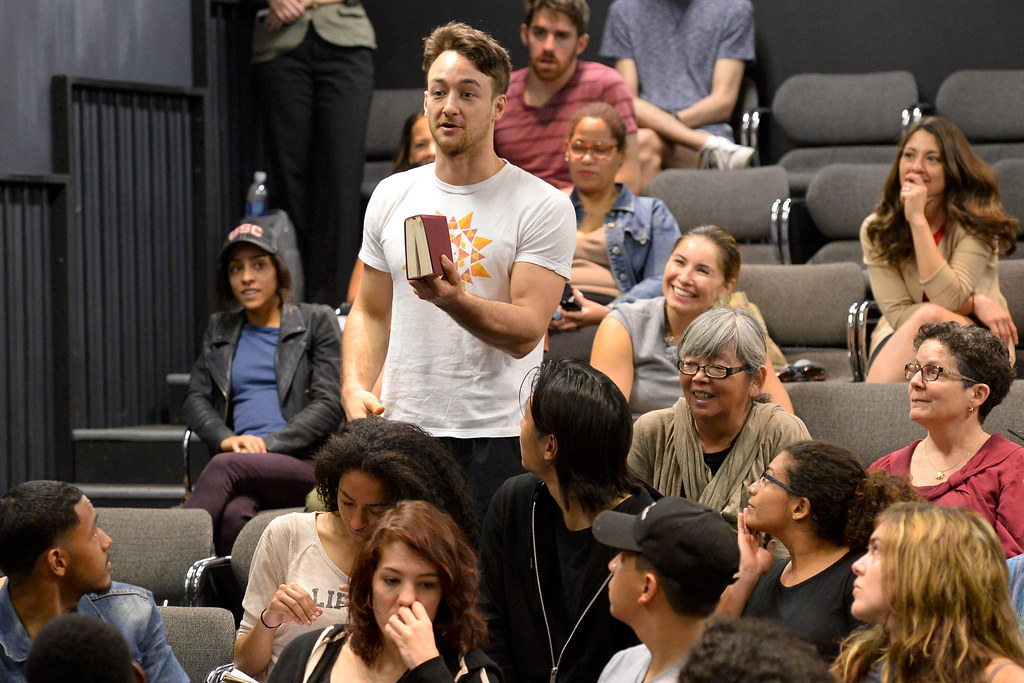 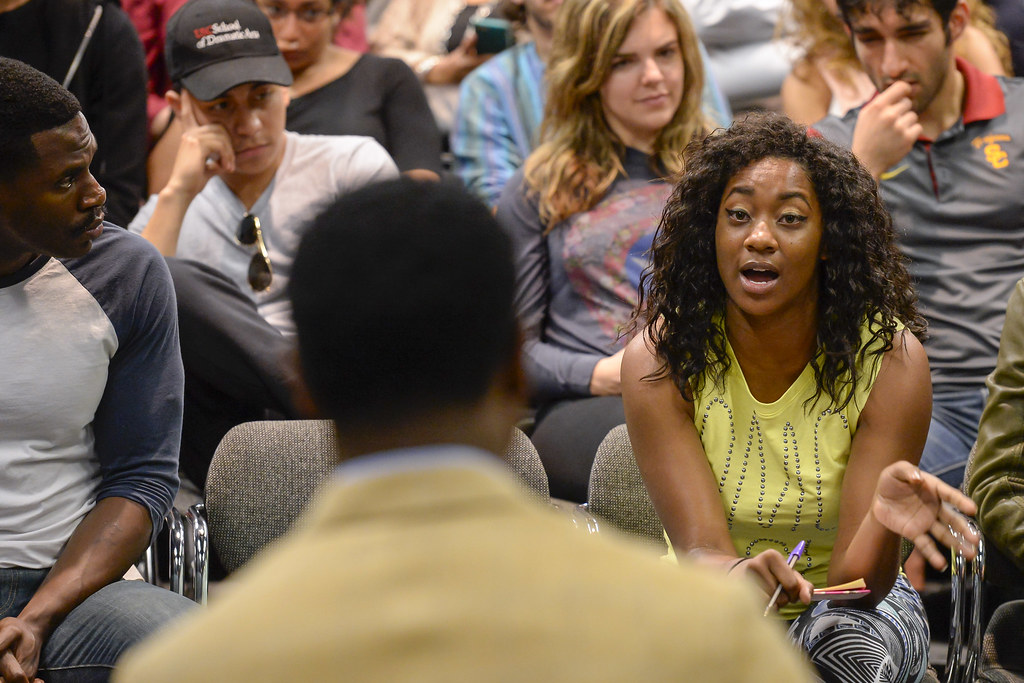 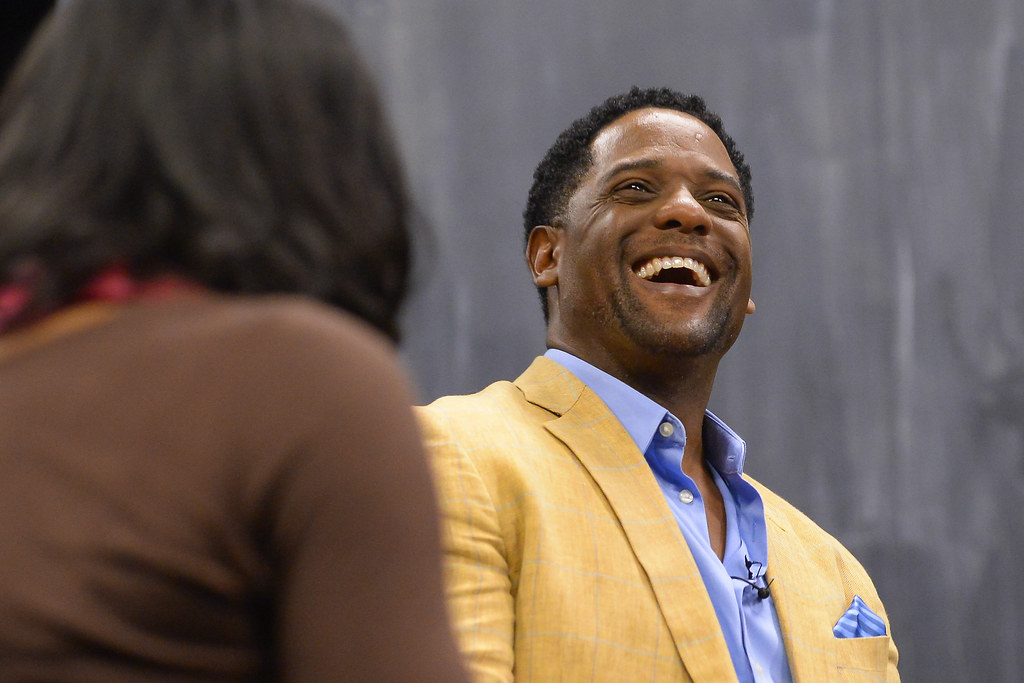 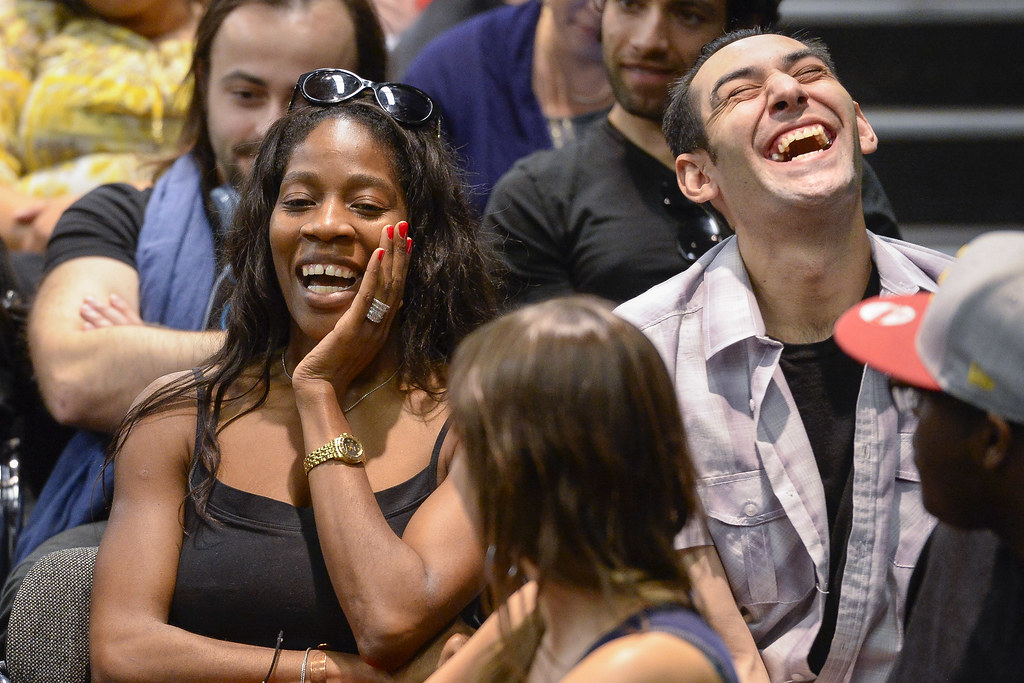 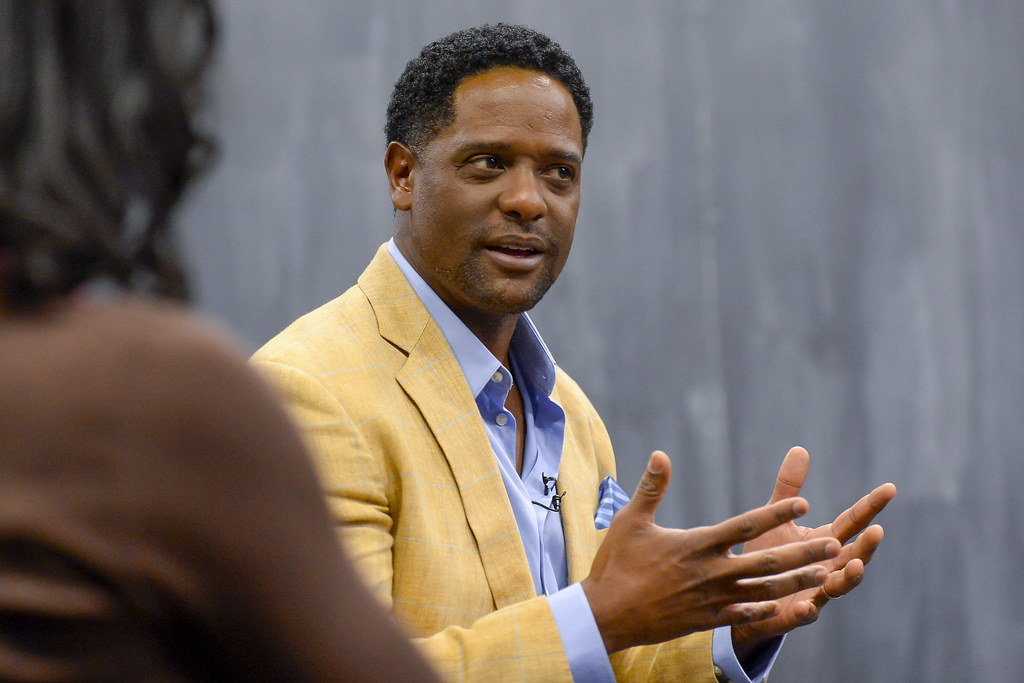 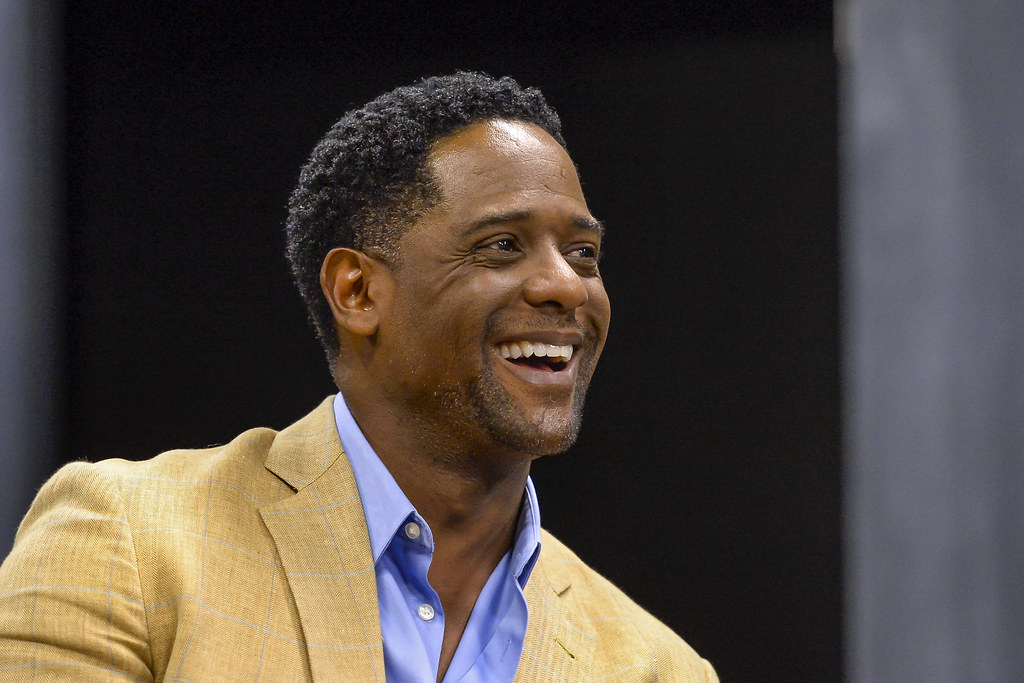 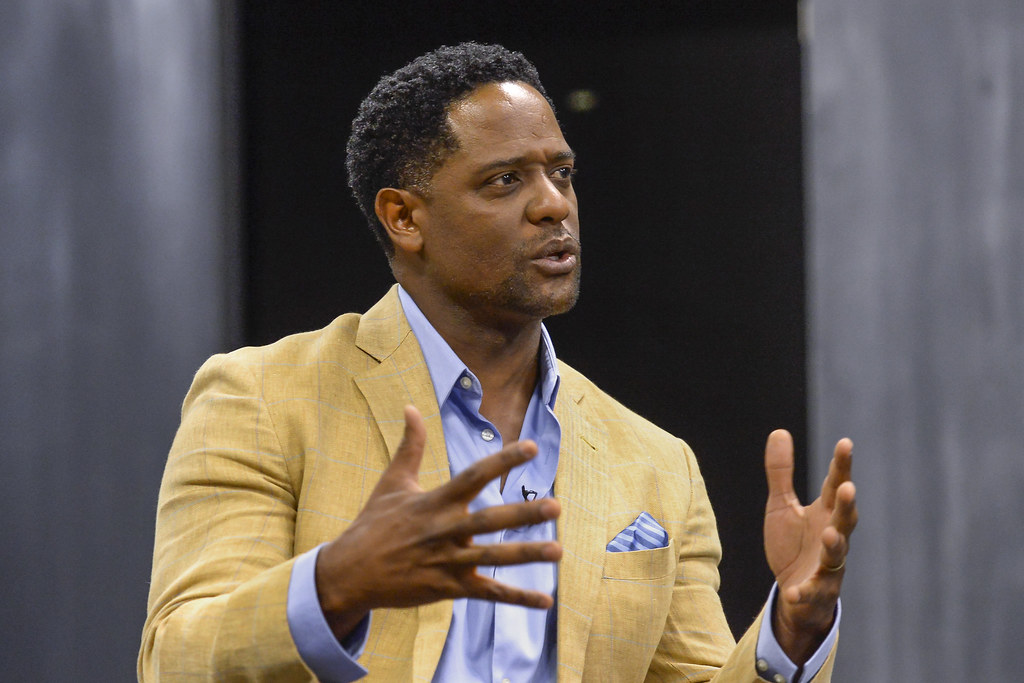 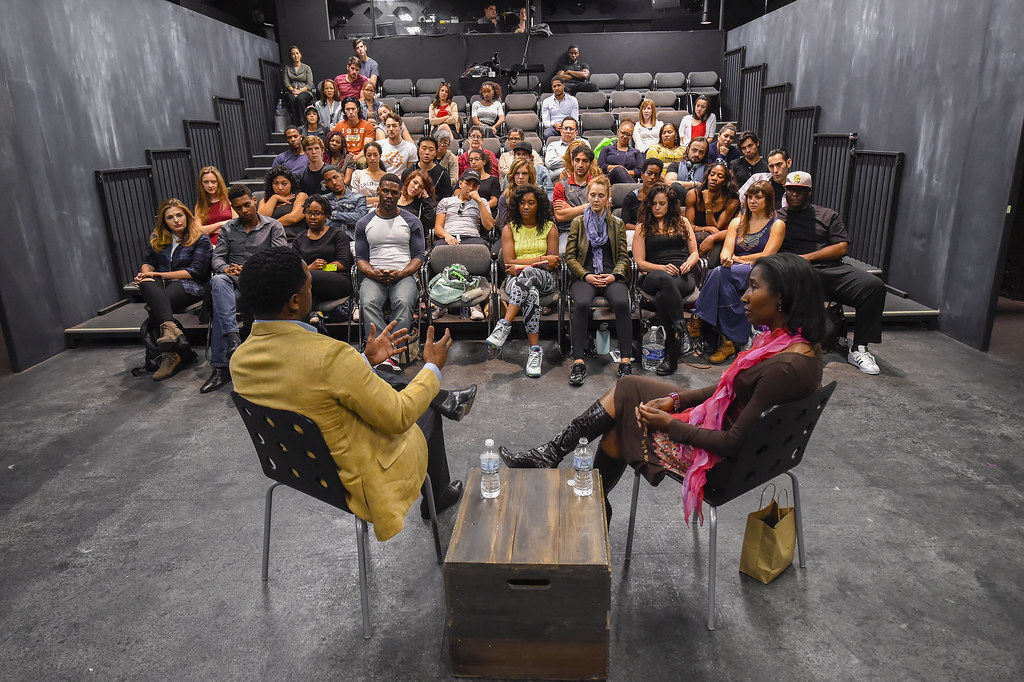 Beginning his artistic pursuits by acting in dinner theatre in Virginia, Underwood has since earned a long list of successes over the years.

Most notably, he starred as Jonathan Rollins in the NBC legal drama L.A. Law, for which he earned a Golden Globe nomination, and the film Just Cause with Sean Connery, Laurence Fishburne and Ed Harris. His credits also include Sex and the City, Agents of S.H.I.E.L.D., Deep Impact, The New Adventures of Old Christine and In Treatment, which earned him a second Golden Globe nod.

On stage, Underwood most recently starred as Ludie Watts in The Trip to Bountiful with Cecily Tyson and Vanessa Williams at the Ahmanson Theatre — a role he reprised for the Lifetime film, which earned him a Critic’s Choice Television Award nomination. He made his Broadway debut in 2012 as Stanley in a revival of A Streetcar Named Desire, which he received a Drama League Distinguished Performance Award nomination.

“I’ve made a conscious effort to remain hungry,” he said. “It goes back to: What have I done? What do I want to do? What have I not had a chance to do or show them I could do? Is it challenging?”

In his 30 years as an artist, Underwood has endeavored to grow beyond a “type” and to disrupt expectations, much like his mentor, eminent actor Sir Sidney Poitier, who made strides as a black actor in the 1950s and ’60s.

“It was phenomenal what he did when he did it. He was a man of dignity. When I watched him, I wanted to be that kind of actor,” Underwood explained. He shared that his first encounter with Poitier was an in-flight conversation that became his undergraduate thesis paper at Carnegie Mellon University and has since guided his career.

Just as Poitier did for him as a young artist on that fateful plane ride, Underwood hoped to impart valuable advice to the SDA audience and what he learned along his professional journey.

“Create something new every day,” he encouraged. “Find ways to tell stories. Find ways for your voice to be heard.”

Underwood, citing his own struggles with the “business” of the industry, reminded students to keep focused on the craft and to forge their own work, even if no one is calling.

“Don’t wait for people to hire you. That’s the best thing I can tell you to keep your sanity,” he said. “You are at the helm of your own destiny.”