When Ben Kingsley was asked to perform the title role in Richard Attenborough’s 1982 film Gandhi, he was scared.

“I watched four hours of news footage and left the cinema thinking this is impossible,” he said.

It was the first major feature film for Kingsley, who at the time had primarily done theater and a few films for the BBC.

He was intimidated but learned an important lesson.

“I was standing at the foot of an enormous mountain and I made the mistake, chaps, of looking up,” he told USC students on Thursday. “If you look up, it’s crushingly impossible. If you look down, you’ll get dizzy. All you can do is look at the rock face in front of you … and ease yourself up.”

Kingsley, of Schindler’s List and The Jungle Book, was at USC’s Bing Theatre for the USC School of Dramatic Arts’ Spotlight@SDA series, where acclaimed actors take the stage to share their stories and give the next generation of storytellers some tips on the business. Past spotlights include Josh Gad of Frozen and Friends star Lisa Kudrow. Associate Professor Mary Joan Negro, a Tony-nominated actress, interviewed Kingsley.

The actor, who ended up earning an Academy Award for Gandhi, shared stories you couldn’t glean from his IMDB page.

With Gandhi, for example, shooting was chaotic. 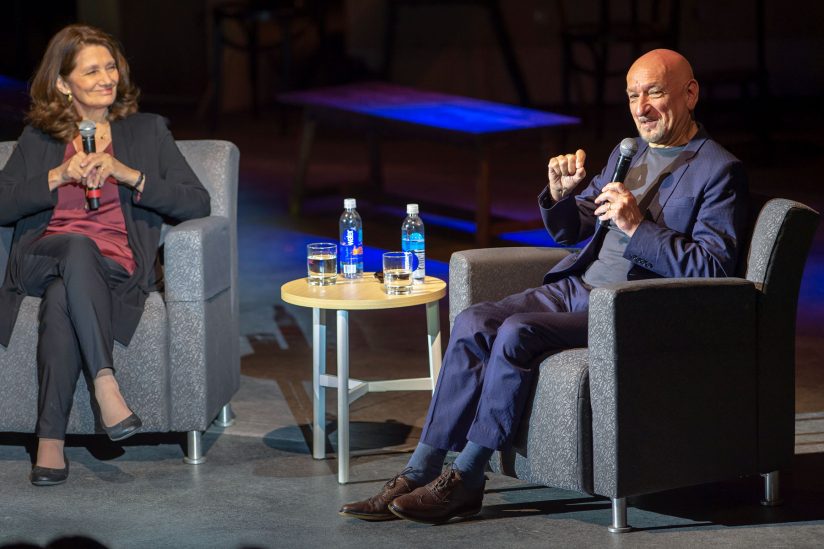 “On any given day, because of permissions … Richie could say you’re 65 [years old] today, actually you’re 24 today,” he said. “Actually, you’re dead today.”

It was Kingsley laying in the back of the funeral carriage, a shoot that lasted eight hours. Yoga helped keep his breathing measured, he said, although extras were throwing things at him — trying to get him to blink.

The production had called out for 20,000 extras. More than 300,000 showed up, setting a Guinness World Record.

When shooting was over, he had to stand up — revealing he was alive — and everyone began to applaud. Women from Gandhi’s ashram approached him, literally carrying him to his car, he said.

“Today, tragically, there would be nobody there. There would be a green screen,” he said. “I wouldn’t have the extraordinary experience I had that day and neither would the crowd.”

Ben Kingsley: ‘Ambition’ is not a dirty word

As a kid, Kingsley always thought he’d be an actor — inspired by the 1951 English movie Never Take No for an Answer with a child actor who looked just like him. But it was a visit to the Royal Shakespeare Company that made it official. He was 19, standing in the back of the theater when he fainted from the heat.

“I was revived with a glass of water and went back to see the rest of the play,” he said. “I remember saying out loud on the steps of the Royal Shakespeare Company to my mum and dad: ‘This is where I want to be, this is where I shall be’.”

In three years, he was on that stage.

“Never underestimate driving ambition — it’s not a dirty word,” he said. “If your motives are pure, the angels will come. I guarantee it.”

Kingsley’s “driving ambition” led to a career that spans roughly five decades. It includes credits such as Peter Brook’s theatrical production of A Midsummer Night’s Dream to Martin Scorsese movies such as Hugo and Shutter Island. 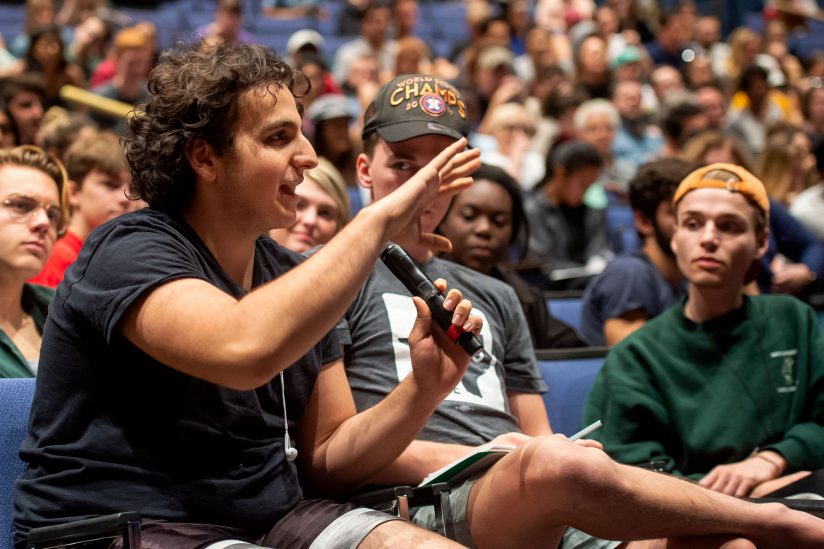 Students in the crowd appreciated his candor and his willingness to open up about his work in the industry.

“It seemed like he was just another dude in a room full of students and we were just chilling together,” said Diya Correa, a freshman studying film production.

“He was open to talking to his process and actually revealing stories about his experience on set, whether it’s with stalwarts like [director] Peter Brook or the intricacies of Shakespeare or working on text,” said Akshaya Pattanayak, a Master of Fine Arts candidate in acting.

Being in his midst was special, Correa said.

“One of my childhood favorites is The Jungle Book,” she said. “The first thing I did was just close my eyes and listen to him speak and then open them and see the person was Bagheera, I was listening to him in real life.”