In recognition of his extraordinary contributions as an Emmy Award-winning screenwriter and actor, alumnus Danny Strong (BA’96) was honored at the 2013 Tommy Awards in New York. 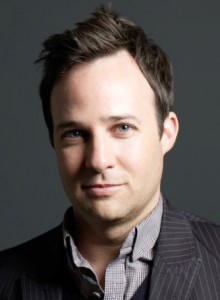 “This is a very special award for me because it combines two of the most inspiring and creative times of my life – the four years I spent at USC and the last several years I spent living in New York City,” he said at the event.

He added: “The School of Dramatic Arts was and still is a terrific program, and I was able to get a well rounded liberal arts education that was a crucial aspect in my later career as a screenwriter. It was a wildly creative and intellectually stimulating experience where I was inundated with the works of Chekhov, Shakespeare, Ibsen, Miller, Aristotle, Socrates, Freud, and on and on. The faculty was outstanding, and I was very lucky to work with some of the best theater teachers in country. Many of the lessons I learned at ’SC still stay with me to this day.”

Additionally for HBO film, he wrote Recount – starring Kevin Spacey, Tom Wilkinson and Laura Dern. The film was nominated for 11 Emmy Awards and won for Best TV Movie. His screenplay earned him his first Emmy nomination, which was for Outstanding Writing for a Miniseries, Movie or a Dramatic Special, and he also won the Writers Guild Award.

Most recently, Strong wrote The Lost Symbol, the third film in Dan Brown’s The Da Vinci Code series, and is writing Mockingjay: Part 1 and Part 2, the final two films in The Hunger Games series. Also, filming for his screenplay The Butler was recently completed and the film will be released in 2013 by The Weinstein Company. It was directed by Lee Daniels and stars Forrest Whittaker, Oprah Winfrey, Robin Williams, Liev Schrieber, Alan Rickman, Jane Fonda and John Cusack.

On stage, the actor has appeared in more than 50 plays and musicals in the Los Angeles area, where he lived most of his life, and in various regional theatres. He has also appeared in many popular television shows and films from the past two decades. His credits include Pleasantville, Seabiscuit, Seinfeld, 3rd Rock from the Sun, Nip/Tuck, How I Met Your Mother, Grey’s Anatomy, among others. He is best known for the five seasons he played Jonathan Levinson on the television series Buffy the Vampire Slayer for which he was named “One of the Top Ten Scene Stealers on Television” by the San Francisco Chronicle. He is also widely recognized for his four seasons as Doyle on Gilmore Girls, and as Danny Siegel in the award-winning series Mad Men. He will next be seen in Terrence Malick’s Knight Of Cups and in The Butler.