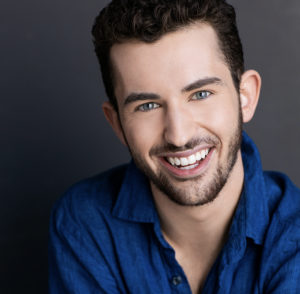 School of Dramatic Arts alum Tristan McIntyre BA ’19 is about to make his voyage under the sea and around the country. McIntyre will star as Sheldon Plankton in the national tour of The Spongebob Musical, which opens Sept. 22 in Schenectady, New York. The hit musical performed on Broadway at the Palace Theatre.

Based on the popular Nickelodeon television series, The Spongebob Musical follows Spongebob and his pals as they try to save the Bikini Bottom from the erupting volcano, Mount Humongous.

At USC, McIntyre was in the productions Rough Magic, West Side Story, Wild Party and Evita. Additional credits include the LiveRead@SDA production of Modern: A New Musical and Cabaret at Celebration Theatre. He is also a recipient of the School of Dramatic Arts’ John Ritter Memorial Award.