If Lisa Kudrow hadn’t pursued acting, it’s very possible that you might have seen her at the doctor’s office instead.

Kudrow, who later starred in the TV shows Friends and The Comeback, excelled in biology and was on track to be a physician, following in her dad’s footsteps.

“It came in immensely useful when I started at Groundlings,” she said, mentioning the L.A. theatre known for improv and sketch comedy. “I did a biology professor that was sort of a composite of all the people who taught me in college. It was this very humorless person who … had no clue what normal people understand.”

It was the type of inside info USC students got on Monday when they sat down for a conversation with the actress in the first Spotlight@SDA event of the year.

Kudrow, sitting alongside USC School of Dramatic Arts Dean David Bridel at the Bing Theatre on the University Park Campus, was candid with students — many of whom wish to be on the big screen after graduation.

Although she’s had an impressive career — including executive producing the genealogy show Who Do You Think You Are? — she said lots of doors closed on her when she first started out.

One that hit her particularly hard was when she was fired from the NBC show Frasier. She was initially cast to play one of the main characters, Kelsey Grammer’s radio sidekick Roz Doyle, ultimately played by actress Peri Gilpin.

“I just did well in the auditions and I got it and I was like, ‘Oh my God, I’m done, I’m set,’ ” she said. But then her approach to the character wasn’t working, and “I just sort of changed their mind — for the worst.”

Shortly after, she got a call from Mad About You, her favorite show, nabbing five episodes.

And then she auditioned for arguably her most iconic role as the guitar-playing free spirit Phoebe Buffay on the NBC comedy Friends. 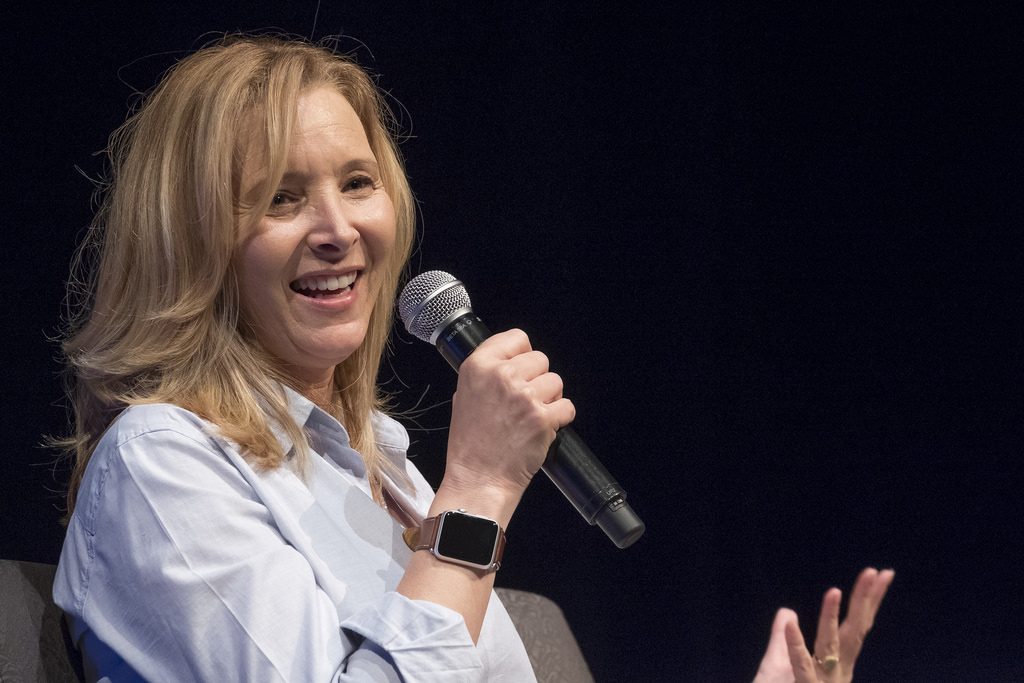 Dark in a sitcom

“Everyone auditioning got that same monologue — it’s in the pilot — where Phoebe is talking about, I can’t remember exactly, but you know about like, ‘My mom killed herself and I lived in a car with a homeless guy,’ ’’ Kudrow said.

She had to find a way to make something dark still work in a network sitcom.

“It reminded me of a girl I knew in college. So many bad things happened to her and her attitude was always like ‘all in a day,’ ” she said, the crowd laughing. “That was my take on it and I got the part.”

Cerebral and focused in her preparation, Kudrow said the Friends cast taught her to relax — even starting a tradition of tickling her before takes.

“It really did loosen me up,” she said. “It was a magic moment — to realize you do need to be a bad student in order to let go and be loose.”

The show gave her the financial stability to take risks and be creative, she said, which led her to do The Comeback and Web Therapy.

Although the technical aspects of being a working female actor in Hollywood certainly drew from her life, her real inspiration came from someplace else.

“The experience I had watching reality shows, which were brand new … that’s what inspired The Comeback,” she said. 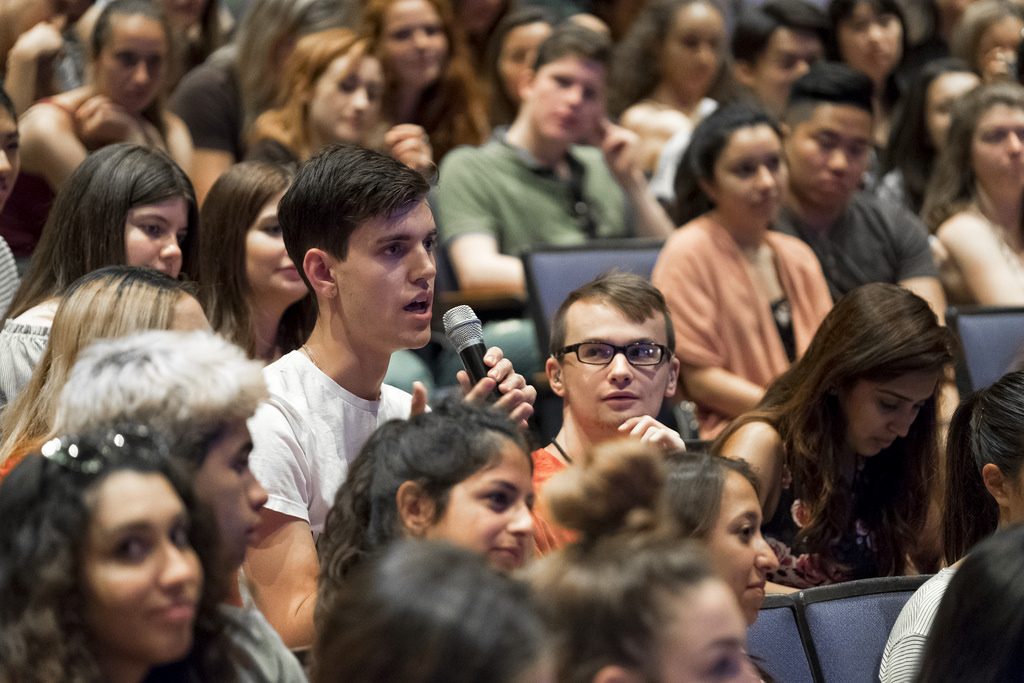 Ahead of its time?

The Comeback, perhaps ahead of its time, was canceled after one season but brought back nearly a decade later.

“I thank the Real Housewives of everywhere,” she said, noting many were biased against seeing a woman in such a complicated and painful role. “I think that did help us get another point of reference of how women are.”

Many students got to ask questions of Kudrow, who offered bits of advice such as appreciating the roles you get and not taking things personally.

“I had a certain number of things I’d remind myself that I would cycle through that were possibly true: that maybe I had a bad audition, but for them to decide I am talent-free — they’re just wrong and that’s OK,” she said. “It’s OK if people are wrong or you are wrong for a part. It doesn’t mean you should stop.”

She’d also remind herself of a guy in her improv class who laughed at her.

“Conan O’Brien thinks I’m funny. He wasn’t famous or anything [at the time] but I knew he was really talented,” she said. “If you have anyone in your life that you respect and thinks you’re good and talented, keep them stored back here to remind you. Sometimes you’re not going to be your cheerleader, but you know that they are.”

Cece Trask, who directs USC’s sketch group The Suspenders, is an admirer of Kudrow and sat in the front row.

“I’m obsessed with Lisa Kudrow so it was really exciting for me,” said Trask, who is studying theatre and minoring in comedy. “Hearing from another woman who creates her own content was really inspiring.”

Patrick Olsen, a senior studying theatre with an acting emphasis, asked Kudrow for some post-graduation advice. She suggested finding a community, such as through the Upright Citizen’s Brigade or The Groundlings. Luckily, he took notes.

“It was so much words of wisdom and I’m pretty sure I blacked out for all of it,” he said. “I was very star-struck.”