A great artist needs to travel back in time before they can forge forward. That’s what Mary Joan Negro believes, anyway.

“There is no art form that doesn’t look to the past and to the future,” says Negro, head of undergraduate acting at the School of Dramatic Arts. “I think that is part of our mission — that you must look to the past in order to know, or at least be inspired, how to create your present. And therefore your future.”

In every room at the School, professors are steeping their students in a rigorous, traditional approach to their art form — whether it’s acting, design, technical direction or musical theatre — while fixing an eye on the latest innovations and newest career paths in each field.

“This evolution in our field requires a tremendous mental elasticity in order to allow for change to take place,” says SDA Dean David Bridel. “The skill set that we’re trying to develop is the ability to jump from one platform to the other. But once you’ve landed on whatever platform you’re seeking, then the roots of your training remain the same.”

For actors, training informed by Shakespeare, ancient Greece and modern America is the key to learning their instrument: themselves.

But with that training, today’s actors aren’t bound to the stage, or even to film and television. They’re equipped — through new courses and partnerships, both within the university and out in the industry — to enter the wild frontiers of internet video, motion-capture performance, voice acting and virtual reality.

The School has added courses, such as “Creating the Hit Podcast,” “The Digital Actor” and “Going Viral,” to expand students’ horizons to become creators rather than just interpreters. It has partnered with motion-capture and digital content studios, and holds summits with industry pioneers in all forms of new media. 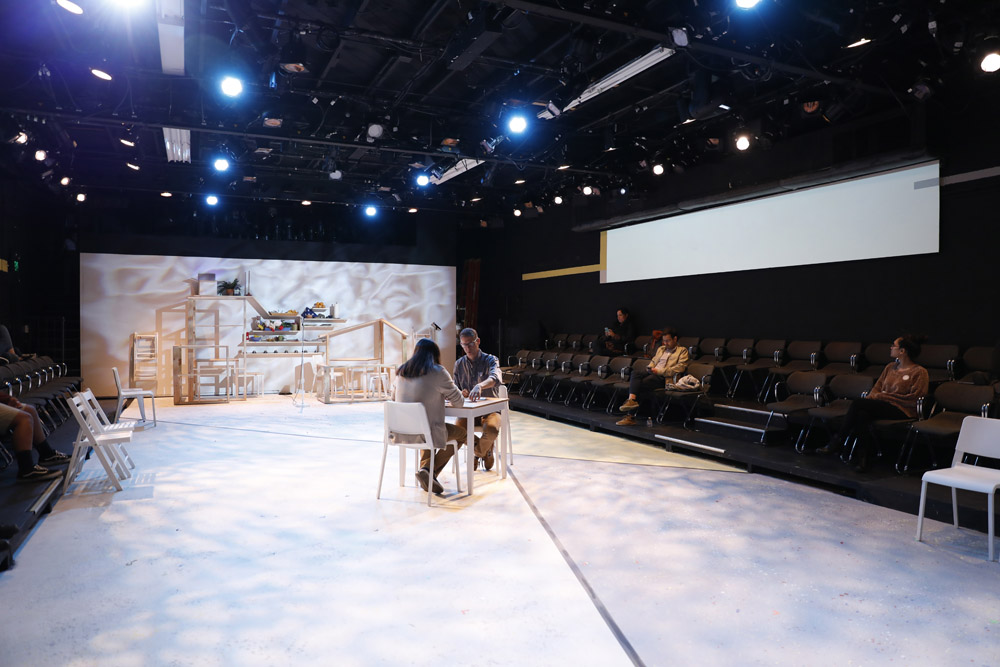 For SDA’s design students, “the path of being a designer evolves,” says Sibyl Wickersheimer, head of the design program, which is something she learned even in traditional theatre — bouncing from huge regional companies to experimental ones, from comedy to musicals to drama. “Because of all of those facets, I think you end up changing your scope and your style quite easily as a designer, to adapt the projects you’re working on. So it’s a continual education, and that’s something that we’ve really been trying to embrace in how we teach the students.”

“There are so many more ways to use our degree today than there were 10 years ago,” she says. “It’s amazing.”

Wickersheimer has had a long, thriving career in scenic design for live theatre, but she and her colleagues have been branching out into commercial entertainment, installation events, conferences and theme park design. Training today’s student, the associate professor says, means opening their eyes to an unheard-of abundance of opportunities.

The program has added projection design to its core strands of lighting, costume and set design. It’s also added digital drafting, 3D modeling and laser-cutting instruction, and VR equipment to the design lab.

A newer course, “Seminar in Theatre Design,” takes students into the field, where they visit VR studios, film and television studios, and costume and scenic construction companies working at the highest level of fabrication and technical engineering — designing everything from walkaround characters at theme parks to escape rooms.

“It’s not just a field trip,” Wickersheimer says. “They’re really getting to know the people at those companies. They’re making personal connections along the way.”

But before they travel to the cutting edge, Wickersheimer’s students spend a full year drawing by hand before they ever pick up a digital stylus. They learn age-old model-building techniques and handcrafted costume design.

“In the art world today, there is a very strong interest in the actual craft of making, and the beauty of craft that’s well done,” she says. “So it’s not just all about concept — there is a real interest in the actual construction. It’s really useful for designers to have a love for craft and for understanding how to make something, and how to create the details that they want to see in their work.” 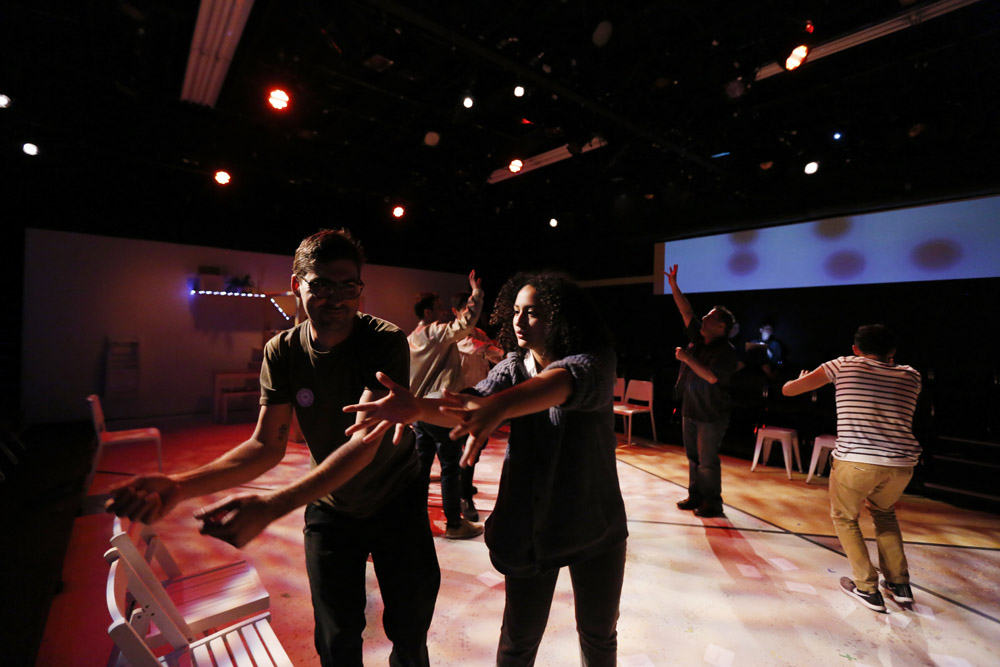 A fresh look at a long-lived art

For acting students, the School’s new efforts give today’s performer a leg up on the exploding future of performance, but with the invaluable foundation of time-tested craft and a vibrant literacy in classical repertoire.

Negro has observed a decline in familiarity with that repertoire… which means she gets to blow young minds every year. When she introduces her students to Shakespeare, “their eyes pop, and they are agog with excitement,” the associate professor of theatre practice says. But she doesn’t pander by trying to update the Bard. “It can’t just be a taste of it, apologizing for it. You know, ‘We’re going to do Hamlet, but he’s going to have purple ears and no legs.’ He’s got enough problems!”

You don’t have to manipulate the classics to be relevant, she says. “If they’re great plays, they are relevant.”

Bridel tends to look at the School’s blend of classical and forward-thinking training as it relates to story. “The value of story, the need for story and the kind of connection to story that we have. Which isn’t going away, and never will, because we’re hardwired to respond to story,” he says.

Echoing Bridel’s philosophy, Wickersheimer says that although some of her graduates are going on to work in arenas like videogame design and selfie-driven art installations, it’s all anchored in the same, age-old thing: designing for story. “And I think it makes them a really flexible person, it makes them a designer that can adapt to whichever project comes their way.”