The phrase “jack of all trades” has a disparaging kicker, “master of none,” but that doesn’t seem to apply to David Bridel, a director, writer, choreographer, performer and teacher with a long and accomplished résumé in all those fields. He can now add “dean” to the list, as he recently assumed that position at USC’s School of Dramatic Arts. I spoke to the British-born Bridel, whose initial training was with the great French clown Philippe Gaulier, about his vision for the School.

I want to start by asking about Gaulier — is his work based on or related to the great French clown school of Jacques Lecoq?

Yes, he taught with Lecoq, and then they got into a huge argument and Philippe began his own school, which he continues to run. He’s about 80 years old. I’ve had him come out to L.A. He’s extremely irascible and famously intolerant of anybody, really. But he’s a great teacher.

Your teaching style is different, I imagine. You don’t seem particularly irascible.

Not remotely. In fact, quite the reverse. I’m very tolerant.

Since Gaulier was your main training background, and you’re taking the reins of a training institution, tell me a little about what distinguishes his work, and how that’s influenced your approach as a teacher.

Gaulier begins all of his training with a class that he simply calls “Play,” in French, “Le Jeu.” He looks to children’s games, pranks and mischief of all kinds as a sort of stimulus to the creative act, or perhaps the essence of the creative act. One of the most famous graduates of his school is Sacha Baron Cohen. I wouldn’t suggest that I’m the iconoclast that either Gaulier or Cohen is, but I have subscribed entirely to the idea that the theatre is a space for us to contravene regulations and to subvert and violate expectations, to mess around a lot, both onstage and around the fringes of the stage. A lot of my work involves audience participation, or at least some very powerful connection between the audience and the performers. I’ve also become conversant with many different approaches to performance, but the one that I hold the dearest is that. At its best, it’s tremendously exciting and great fun. It brings joy into the work. 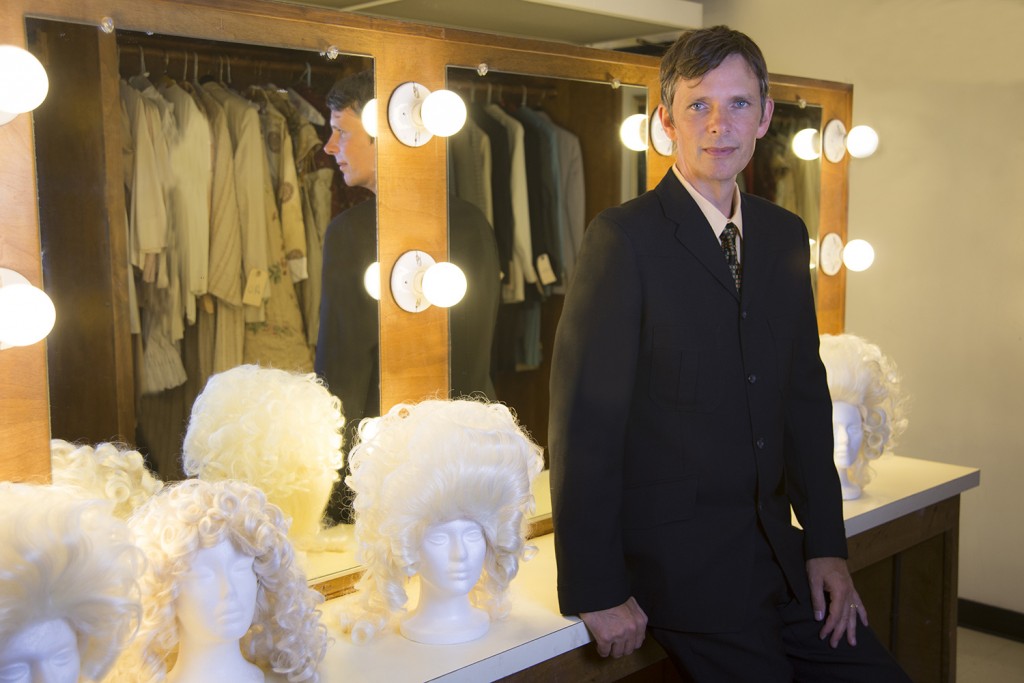 Let me ask you about your vision for the School of Dramatic Arts, and where you want to take it.

First of all, I think every organization needs to be refreshed every 10 years, so we’re in the right moment for that. What I notice about our programming is that I believe it needs to integrate itself into what’s going on in the film and TV industry, which is around the corner in our case. To do that, I think we have to embrace more fully acting for the screen and for the various new media platforms that have grown exponentially over the last few years, whether it’s YouTube or even very short forms, like what we see on Instagram. People are building careers there now, and in fact certain agents are looking for people with experience in social media to blend into their more mainstream television and film offerings. We have to take that seriously and figure out how to teach that to our students so it becomes part of what they know when they move into the industry. So I’m working on retooling our BFA in acting so it includes a stronger, heavier component of screen work and new media work. One flagship class that would be a great example of where we’re going is something that we’re calling Going Viral, which is creating short-form Internet content; we’re partnering with Funny or Die, the comedy website run by Will Ferrell. That encapsulates one of the new directions that I want to invite the School to follow: partnerships with industry and attention to the industry.

That would be true, too, for our actors, but it’s also true in the world of design. We have a strong design program for undergraduates, and plenty of recent grads tell us that learning how to design for the stage is the foundation, the most valuable foundation, but then quickly people have to learn how to apply those skills in very different contexts: event design, game design. So it’s all about platforms, and it’s all about opening the channel between the experience in the classroom on the one hand and the kind of new platforms that are evolving in the professional world on the other hand.

When I was in film school in the late ’80s, I was one of the few people I knew who cast actors from the theatre school right next door. There wasn’t a lot of overlap. Can you speak about the ways in which USC’s famous film school and its school for dramatic arts interact now?

The prognosis is good now, probably better than it’s ever been. There are fledgling partnerships now that are evolving not just in the mainstream of acting in front of the camera, but also in the games division and the animation division.

For a while we have had classes where our actors are co-taught by people from cinema and people from dramatic arts. Those have been in place for a while, but I’m interested in even more radical versions of what that might look like. I’ll give

you an example: About three years ago I began, with a colleague in cinema, Jack Epps, who runs the writing division, a class modeled on Saturday Night Live. A troupe of actors from this School works with a team of sketch comedy writers and directors from the cinema school. They develop material over the course of a semester and shoot three “live” television shows, which are broadcast on Trojan Vision, USC’s student TV station. I’ve been to those culminating events. They’re very well attended and extremely funny. It’s those kind of things I’m interested in continuing to evolve. 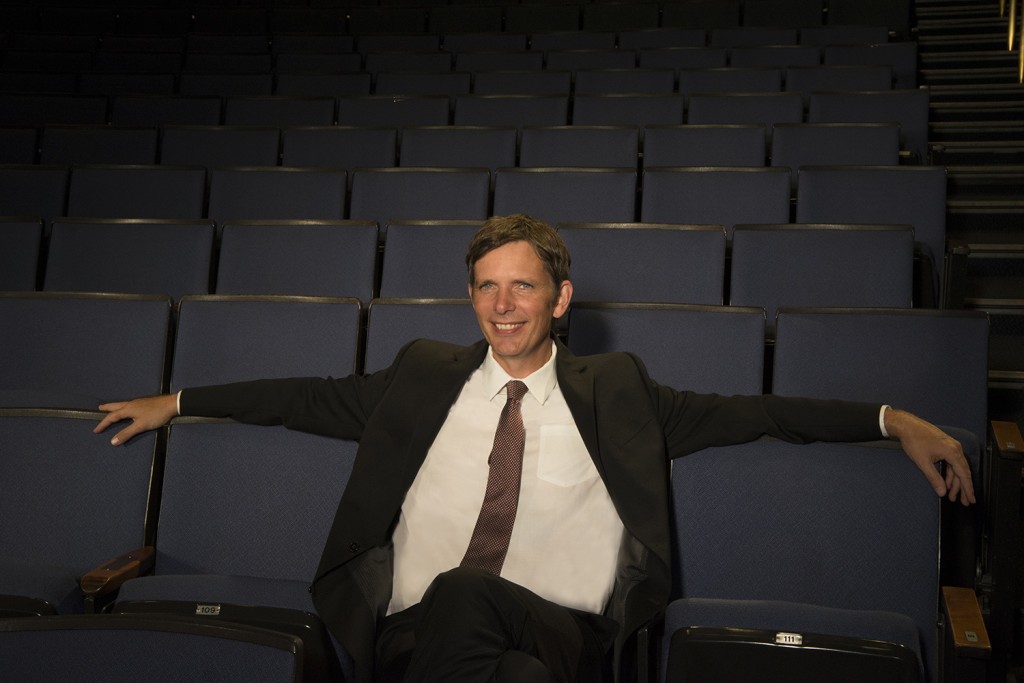 I’d imagine that part of the job is about striking a balance so you’re not losing the core value of theatre, or the ideal of training — of being cloistered a bit, stretching yourself and using your imagination, as opposed to jumping directly into the media stream we all know so well.

That’s true. The important thing I realized one night while I was pondering all of this is that my own personal background has included these things that we’ve discussed, but was always directed toward the love of traditional theatre, and that will remain the cornerstone of what we do here. Someone can graduate from our school having taken classes in stand-up comedy and magic and medical clowning, but they can also graduate having taken classes in scene study, scene study and more scene study. We’re happy to offer the choice. It would be a disservice to what we believe if we were to remove the traditional component from our work. It would also not reflect the faculty, many of whom have spent their lives working onstage or in front of the camera. You’re right — it’s a balancing act, but it’s an exciting one. It’s fun to actually concretely connect the ancient art of the stage with some of these very modern trends, and to make links between them both.

I’ve always felt that the best actors in any medium had spent formative time in front of a live audience, whether it was stand up, improv or traditional theatre.

Absolutely. You’re hitting the gold button there. We have faith that the live event is the only true training ground. One of the linchpins of experience for all of our students continues to be staged productions. We think that we may offer the biggest season of work of any college in the country, or close to, anyway — about 20 plays over the course of the year. One of the reasons that’s such a large season is that we have three very large populations of students to satisfy, so there are shows for MFA actors, shows for BFA actors and shows for BA actors. And all of them are designed and staffed in some way by students in our production wing.

I’ll close by asking, What are your priorities for the School?

One is the relationship between our work and the contemporary industry. Another priority is new media, which is born out of the first one. Last year, we launched for the first time a new media summit in which we actually brought industry professionals in to talk about what’s going on in that world, and we’ll continue that. We’re also going to launch a kind of an unofficial laboratory where students can explore that kind of work, virtual reality and acting for video games, outside of the curriculum. The third priority is new partners — we touched on that with Funny or Die and even the School of Cinematic Arts. We’re also exploring options with the Thornton School of Music and the Glorya Kaufman School of Dance. Our medical clowning program is partnered with three USC hospitals. So we have all kinds of developing partnerships in many different directions.

The fourth of my priorities is what I would describe as a new culture for the School. You know the American theatre landscape in general is really trying to grapple with issues of equity and inclusion. That’s something we are excited to embrace. We’re also looking at “What does it mean to be an organization that celebrates plurality, and an organization that values dialogue?” There are various different mini-initiatives around getting ourselves to remember that what we do serves a kind of civic function, whether that function is provocative or purely entertaining. That’s what we’re here to do. I’m feeling strongly that we need to push that agenda forward.